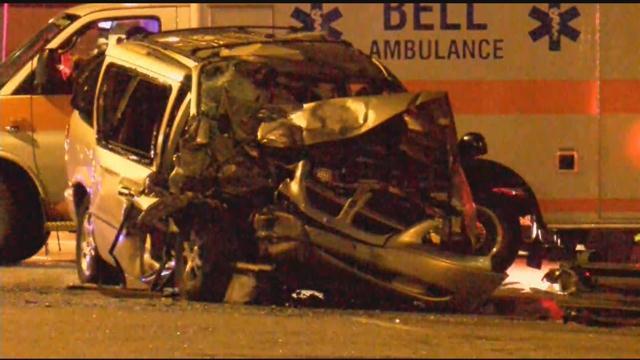 Six teens from Delafield are hospitalized after the minivan they were riding in slammed in to a bunch of parked cars. It happened on North 35th Street near Vienna on the north side.

Milwaukee Police tell CBS 58 the van was headed south on 35th St. when the driver swerved to miss another car, over-corrected and lost control slamming in to four parked cars.

Investigators are trying to figure out what happened. This is a developing story, stay with CBS 58 for the latest.