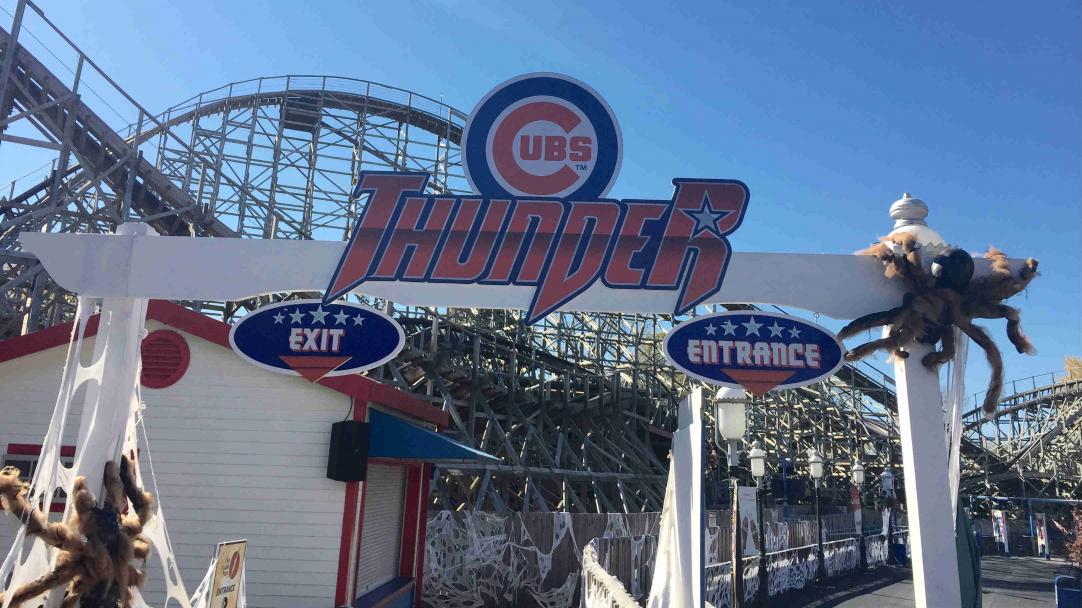 Last Friday both Six Flags St. Louis and Six Flags Great America decided to make a bet when their home teams, the Chicago Cubs and St. Louis Cardinals, faced each other at the NLCS.

Six Flags St. Louis was incredibly confident with their Cardinals and posted this on their marquee: 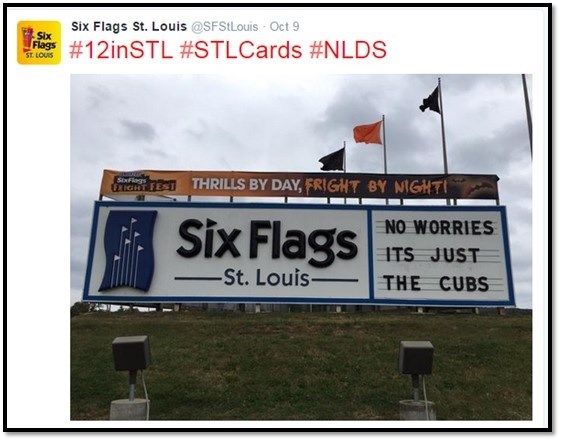 But the reality is the Chicago Cubs win the NLCS and St. Louis must bear the Cubs name and rename the American Thunder coaster the Cubs Thunder.