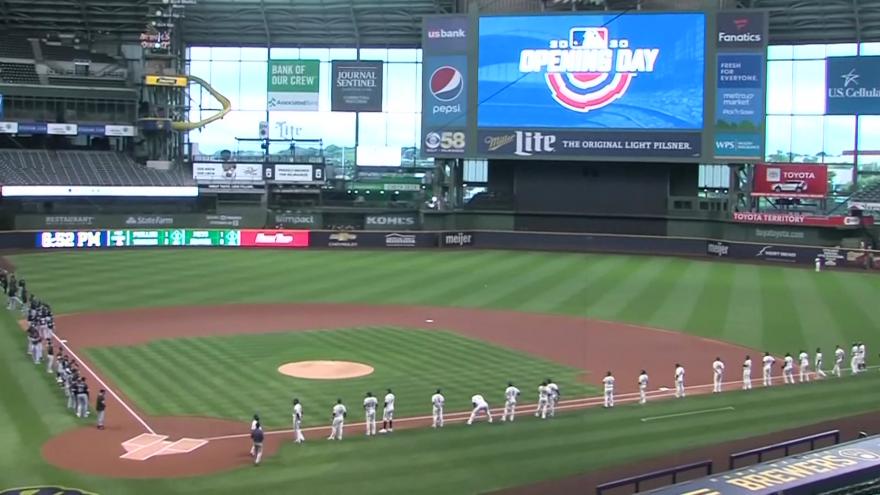 The Brewers will operate at 25-percent capacity to start the season.

The club announced a plan to admit fans who aren't season ticket holders.

The Brewers will sell tickets in two, four, or six-seat pods.

"It was eerily quiet, there was not adrenaline," said President of Business Operations Rick Schlesinger.

Last year there were no people cheering or clapping, or booing a Cubs no-hitter.

"If you talk to our players, to a person, they're extremely excited to have fans. It was a tough environment last year," said Schlesinger.

Fans will be back this season, but the ballpark is limited to 25-percent capacity. Schlesinger said fans who aren't season ticket holders lit up the phones.

"We've gotten a lot of emails and phone calls from fans who aren't season seat holders, wondering if they're going to be able to watch a game live at the ballpark," said Schlesinger.

Single ticket sales for games through May 2 go on sale Friday.

"It's so exciting to have baseball back, we really missed it last year," said Steve's on Bluemound Manager Renee McNutt.

She said COVID-19's impact on baseball and business has been tough.

"All of the businesses on Bluemound must have lost money last year, we did," said McNutt.

She's excited to see all the businesses near the ballpark run their shuttles again, even with capacity limits.

"We do good business with the other sports, but baseball is our bread and butter," said McNutt.

The Brewers will release more tickets as they get further into the season.

They're also hopeful the city will raise the seating cap further into the season as well.