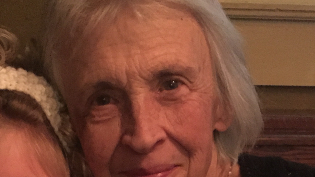 The Whitewater Police Department is looking for a 76 year old woman who was last seen Sunday afternoon.  A Silver Alert has been issued for Susan Millin.  She is described as 5-feet, 3-inches tall, weighing 125 pounds, with grey, chin length hair and hazel eyes.  Millin was wearing a forest green coat and was driving a 2011 silver Kia Soul, with a Wisconsin license plate 819-NTX.

Millin was last seen leaving the Fort Atkinson Memorial Hospital after visiting a family member.  She appeared to be in an agitated state and was asking for directions to Whitewater from Fort Atkinson.  She did not arrive at her residence and family members have not heard from her.  She does not carry a cell phone, but she would stop and ask for directions if lost.

Authorities believe Millin may have dementia or some other cognitive impairment.

Anyone who has seen Millin or her 2011 silver Kia Soul are asked to contact the Whitewater Police Department at 262-473-0555.