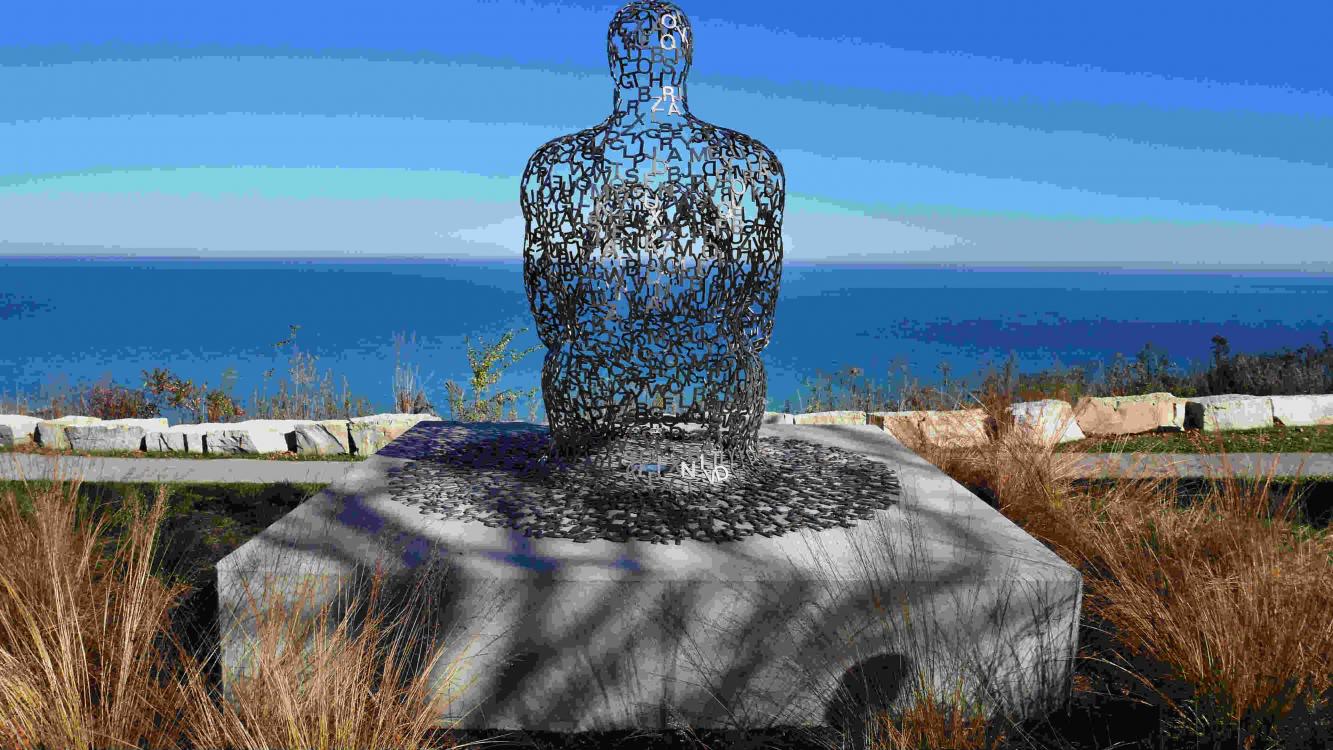 A blogger visiting Milwaukee is claiming a Shorewood statue hides hateful messages. Matt Sweetwood was visiting his daughter in Milwaukee when his son-in-law took him to the sculpture and he noticed the words.

The sculpture, named Spillover II, is made up of individual letters, but Sweetwood believes some of those letters spell words and phrases. The artist behind the sculpture is Jaume Plensa and Spillover II was dedicated in Atwater Park in 2010.

According the Sweetwood, the sculpture spells out "Jew" along with "Cheap" and "Bad".

Plensa is an artist from Spain who was sculptures all over the world, many of which use individual letters to create an image. He is responsible for "Crown Fountain" the water spraying faces located in Chicago's Millennium Park.

The Village of Shorewood released a statement Friday that they are aware of the situation and are working with the Plensa on a solution.

Jaume Plensa has dedicated his career to creating works that bring people from all cultures together through artwork that asserts that our similarities are more important and powerful than our differences. Plensa uses alphabets as conceptual metaphors for cultures; the letters from each alphabet are utilized to create a skin of an anonymous figure with each letter's placement entirely at random. Plensa is deeply saddened that his sculpture has been so egregiously misinterpreted. Plensa's works and beliefs are the antithesis of anti-Semitism.

CBS 58 reached out to the Milwaukee Jewish Federation on the sculpture who released this statement to us: