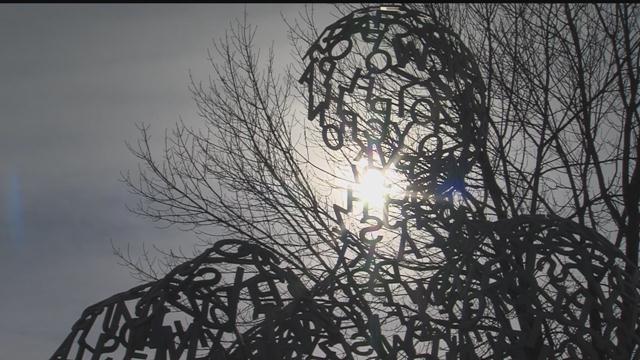 The Spillover II sculpture was reinstalled at Atwater Park in Shorewood this weekend after a man claimed it was marked with anti-semitic phrases.

The Village of Shorewood removed the sculpture in November. The artist then moved the letters to correct any hateful messages before it was reinstalled.

Matt Sweetwood was visiting his daughter in Milwaukee in November when his son-in-law took him to the sculpture and he noticed the words "Jew", "Cheap" and "Bad" spelled out in the sculpture.

Spillover II, is made up of individual letters, but Sweetwood believes some of those letters spell words and phrases. The artist behind the sculpture is Jaume Plensa and Spillover II was dedicated in Atwater Park in 2010.

Plensa is an artist from Spain who was sculptures all over the world, many of which use individual letters to create an image. He is responsible for "Crown Fountain" the water spraying faces located in Chicago's Millennium Park.