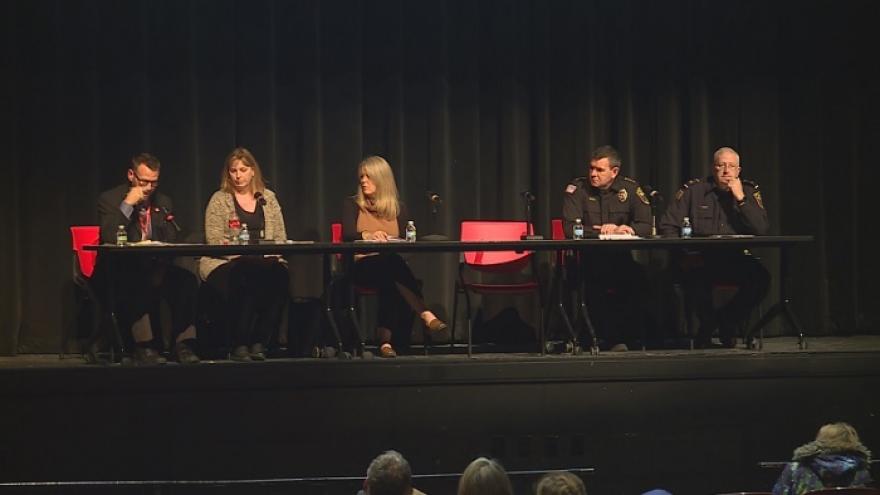 SHOREWOOD, Wis. (CBS 58)-- On Tuesday, Nov. 12, a 14-year-old Shorewood High School student was arrested after police found a hit list and a loaded magazine on him.

The gun was found off campus, but as a response to the scary discovery, the Shorewood School District invited the community for a discussion on school and student safety on Monday, Nov. 18.

The panel included district administrators, law enforcement, mental health professionals and state leaders. The discussion focused on safety plans and resources for students and a question and answer session.

“We just wanted a chance for people to be together, and for people that have questions or concerns to just really to be able to provide resources,” said Davis.

Davis says the hit list was discovered after a female student told an adult about it. The quick action by the student is something Davis hopes will continue in the future.

”What we’re happy about with last week’s situation is that we had a student who understood that if she saw something, to say something,” adds Davis.

”To confide in a trusted adult or a peer, it’s so important,” said Tracy Oerter, a panelist with Children’s Wisconsin.

The district has partnered up with Children’s Wisconsin to provide therapy services to students who may be struggling mentally.

”We will have half-time therapists on site at all four of the schools in the school district,” says Oerter.

Cameras were not allowed inside during the question and answer session.

Shorewood Police Chief Peter Nimmer says officers no longer have to wait for backup. They’re trained to take care of the situation immediately when they arrive to a hostile situation.

”Kids are crying out for help,” adds Oerter.  “They need to be able to talk about it to a trusted adult, whether that is a parent or a teacher or anybody else in the community.”

Davis did not want to comment on the condition or future of the 14-year-old student who made the hit list. Last week charges were referred to the Milwaukee County District Attorney’s Office.

Nimmer says the one thing he wants parents and students to always keep in mind is if you see something, say something. Nimmer says it’s better to call police and have it end up being nothing than to wait and have it be catastrophic.