Shoppers rush to hardware stores to prepare for upcoming snowfall 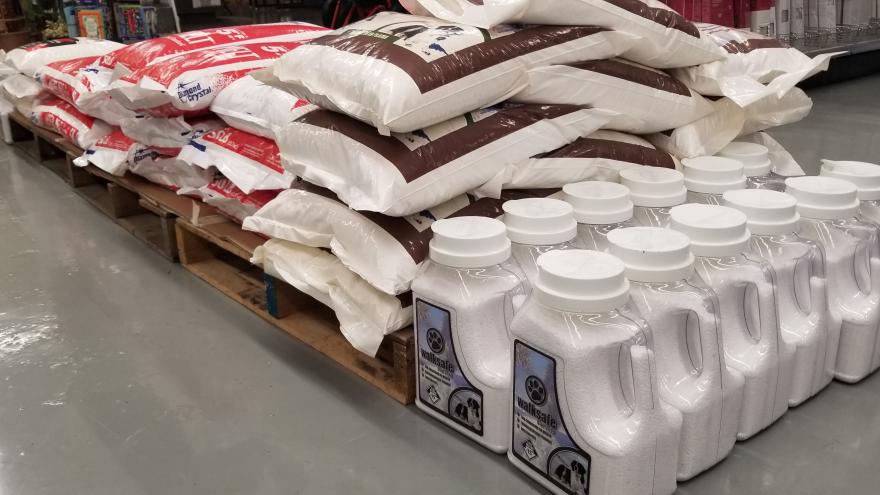 MILWAUKEE (CBS 58) - Hardware stores saw a rush of people Thursday, as some waited until the last minute to get shovels and salt.

Village Ace Hardware says people have been coming in all day, preparing for the upcoming snow.

“Shovels, car scrapers, brushes, rock salt, all of the above,” said Meinecke.

They’ve went through three pallets of salt in just one day.

Because the forecast is for about an inch or so of snow, people aren’t very interested in the snow plows yet.

“They’re mostly just thinking about getting stuff ready for the car, so salt behind the tires, the brushes, things like that,” said Meinecke.

But while shoppers waited, the Wisconsin DOT has been preparing for a long time.

“We’ve been planning ahead for the Winter months now for some time,” said Michael Pyritz from the Wisconsin DOT.

Chemicals are already being put down to keep roads from icing over.

“We’ve got the crews ready to go, plans are in place and we’re ready to hit it,” said Pyritz.

The DOT released a video to remind drivers just how easy it is to spin out in the snow, something it seems like some drivers forget every year.

“Clearly that first snowfall of the year it just takes a little time to remind yourself,” said Pyritz.

“Every year, with the first snowfall, people forget, they forget that it’s important to slow down, they forget to be more careful,” said Milwaukee Mayor Tom Barrett.

The DOT set up a website where you can get up-to-date road conditions.  You can also check travel times and see if there are any crashes on your route.