Shooting on Chicago Skyway ends with One Killed and One Wounded 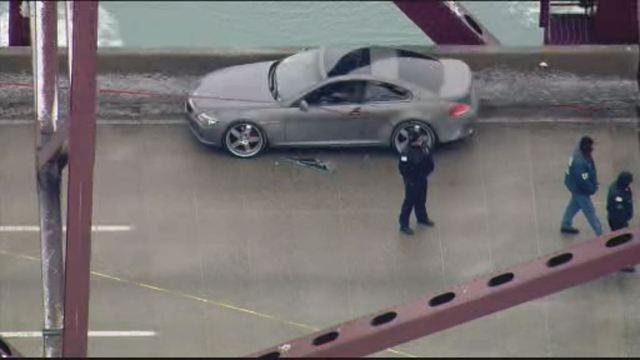 (CBS Chicago) — A shooting on the Chicago Skyway on the Southeast Side left a man dead and a woman wounded Wednesday afternoon, according to Chicago Police.

Police say between 9100-9700 south on the Skyway a BMW coupe was approached by a black SUV and someone from the SUV fired into the BMW around 1:30 p.m. It is not known how many people were in the SUV.

The man was shot multiple times and died on the scene. The woman, 23, was wounded in the arm and was transported to Northwestern Hospital in stable condition.

Police believe that occupants of both vehicles has contact prior to the shooting. Lanes of the eastbound skyway are currently blocked as police investigate.