Sheriff: Woman tried to have dog euthanized that wasn’t hers 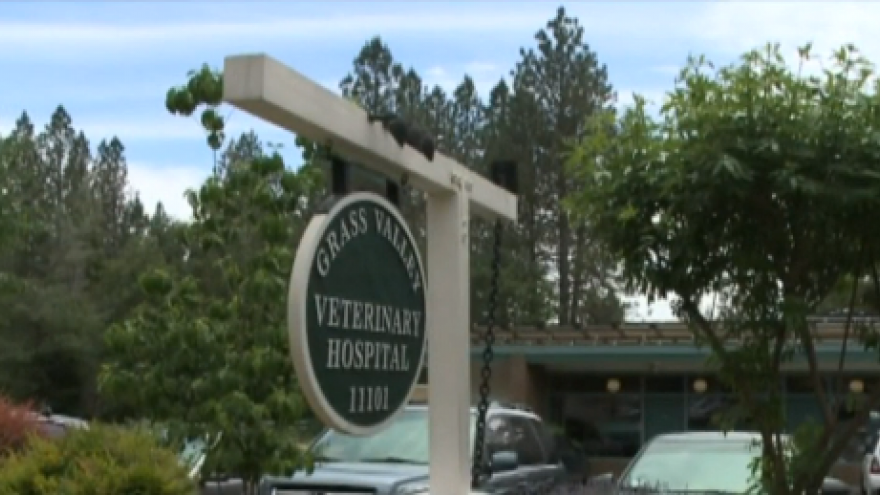 GRASS VALLEY (CBS13) — Investigators say a woman went to a vet to euthanize a dog she said was hers, but actually belonged to someone else.

The sheriff’s office got a call from Grass Valley Veterinary Hospital staff saying a woman who had asked that her dog be euthanized wasn’t the dog’s owner.

The police report says the woman told veterinary staff the dog, which belongs to her brother, killed her chickens, so she wanted to have it killed in return.

“It sounds like a contract kill to me,” says George Irving, a pet rescuer. “That’s kind of crazy, a little bit insane. And then I started thinking, I wonder what it takes — what kind of proof you need to have — to show a veterinarian, to prove that’s your dog.”

Most of the time, people don’t need to offer proof the animal is theirs. Vet clinics check to see if the pet is microchipped and rely on an owner’s word.

“Usually, you’re taking a client at their word that it’s their animal,” said veterinarian Eric Muehlenbein, who explained there’s usually just an authorization form to fill out, and that’s it.

In this case, veterinarians were able to identify the dog wasn’t hers before the procedure.

Often times, vets will suggest an owner visit no-kill shelters like Sammie’s Friends, where people can take dogs if they want to euthanize them, but vets think they shouldn’t be killed.

“They’ll either direct the person to us or they’ll call us themselves,” a Sammie’s Friends worker told CBS13. “We called the owner and he was besides himself. He came within 10 minutes to pick up the dog.”

Authorities said they haven’t charged the woman at this time, they’re just happy it’s back with its original owner.