Sheriff Says County Board is Wasting Time and Taxpayer Money 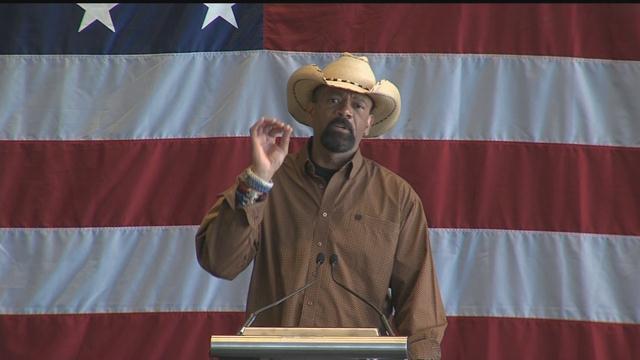 This after four deaths in six months time, including that of a newborn of a inmate.

Here is his statement:

There is a reason why the Wisconsin state legislature changed the law and made the Milwaukee County Board a part time position. The legislature is proving to be right when the county board engages in political hijinks. These people know nothing about the circumstances surrounding these investigations, because if they did, they would have nothing to hang their hat on. The energy and time being wasted on this blatant harassment would be better spent on solving the real problems in Milwaukee County that would improve the quality of life for law-abiding people.

The board members should be trying to solve the urban pathologies that plague the city of Milwaukee. Pathologies such as inescapable poverty, black joblessness, failing schools, and high crime and violence. Recently, a 15-year-old girl was shot and killed while standing in the kitchen of her home when a bullet was fired from outside the home. Za'layia Jenkins, a 9-year-old, was killed in similar fashion while sitting at home watching TV. That murder remains unsolved.

A series of carjackings occurred in a Milwaukee cemetery as people visited gravesites of their loved ones. This Democrat Party political assault against the sheriff is being assisted by an accomplice, liberal media. Supervisor Tony Staskunas, in an unsubstantiated attack, claims the Milwaukee County Jail is not safe. In fact, it is the streets of the city of Milwaukee that are not safe for law-abiding citizens. A common denominator in this is that these are all Democrat politicians - Democrats who are incensed that the sheriff played an important role in helping Donald Trump become the 45th president of the United States. This political smear is nothing more than retribution for Trump's winning the state of Wisconsin and the presidency.

The sheriff is used to these political hit jobs that have gone on against him since he first became sheriff in 2002. The Democrat Party lost seats in the legislature in November because the voters of Wisconsin do not trust them to keep them safe. In Milwaukee County, only the sheriff and a few others are fighting for law-abiding citizens. The democrats, aided by an accomplice media, are fighting for criminals. #MakeAmericaGreatAgain."