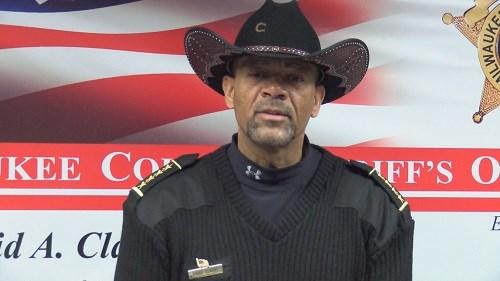 Milwaukee County Sheriff David Clarke will be in Washington D.C. Thursday. He'll testify before Senate Judiciary Committee about President Obama's Attorney General Nomination, Loretta Lynch.  Obama nominated Lynch to replace Eric Holder.   Sheriff Clarke has been a critic of Holder for some time now.  He criticized the President and Holder for their response to the unrest in Ferguson, Missouri. Clarke told Fox News Holder should apologize to law enforcement officers across the country.

\"Even the Attorney General of the United States made some irresponsible and inflammatory statements during this time which didn't help the situation,\" Clarke said last year.  \"Insinuating that our law enforcement officers engage in some nefarious or systematic and cultural attempts to violate people's civil rights. I thought that was a slap in the face to every law enforcement officer in America.\"

The hearing starts at 10:00 am eastern time.