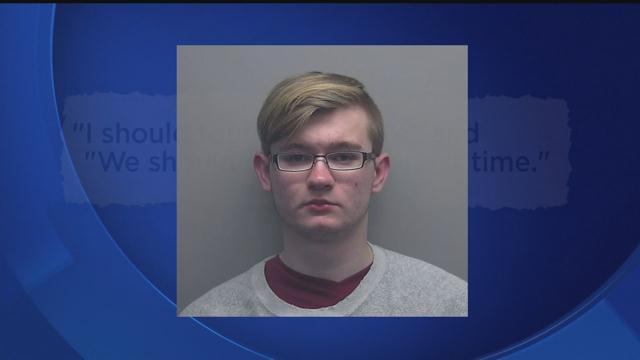 A local church band member charged with sexually assaulting two young girls who went to youth group. One of them just 12-years-old, the other, 15 years old.

According to the criminal complaint at least one of the incidents happened inside the walls of City Church.

Church officials tell us 19 year old Clayton Michener was not a member of the congregation.

And according to the criminal complaint, that was how he met his 15 year old victim.

That victim told police about a month ago, he drove her to this parking lot where "things had gone too far."

She said he began kissing her and inappropriately touching her and she "did not want the contact to occur but ...went along with it...because...she was afraid of what Michener may do if she tried to stop him."

But this wasn't Michener's first incident with an underage youth group member: a 12 year old girl told police back in January, he texted her and told her to go to the church's kitchen before the music group met.

According to the criminal complaint he also kissed this girl and touched her inappropriately.

The girl said after this happened, he texted her  "I should touch you more" and "We should do it better next time."

Its unclear how many times michener had inappropriate contact with each of the minors but in the complaint he admits to it with both saying that he
"liked [the 12 year old] a lot...and knew that she had feelings for him."

In a statement, City Church said "This 19 year old...was never employed at the church...Once we were made aware of the situation we immediately reported it to police and parents...Please join us in prayer for all parties involved."