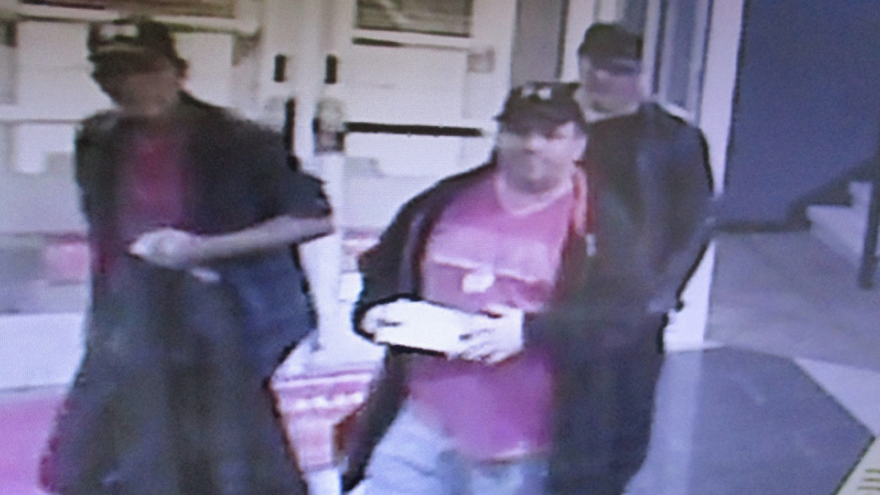 SHEBOYGAN, WI (CBS 58) -- The Sheboygan Police are looking for three, middle-aged men who were caught on camera trying to steal from video gaming machines

The theft happened on April 15 in the EconoLodge Hotel lobby. Surveillance cameras show the men tried using a coat hanger to pry open the video game to get to the change container.

Police say they attempted to break into a second game but failed. They were seen leaving the area in a red minivan. While the make or model of the minivan was not determined, police say the suspects left behind a pamphlet from VOLO CARS in Chicago. Authorities believe the three have committed similar thefts elsewhere and may be from the Chicago area.

Anyone with information about the three suspects is asked to call the Sheboygan Police at 920-459-3333.