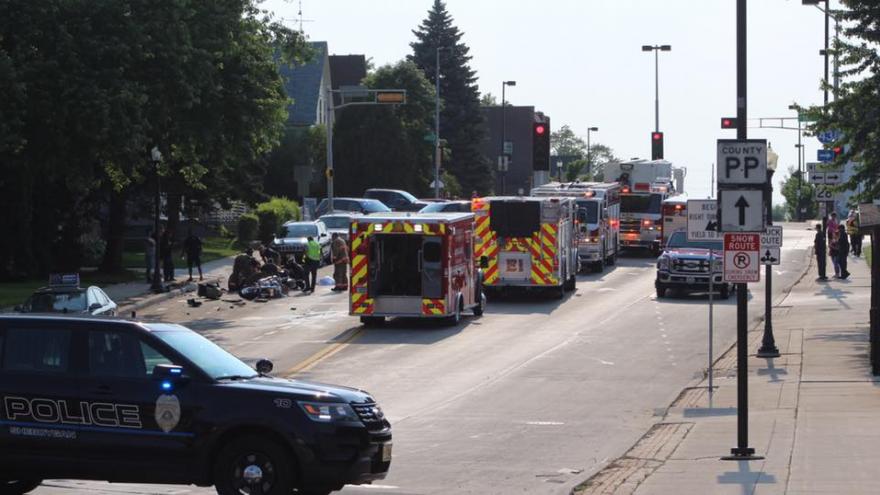 SHEBOYGAN, Wis. (CBS 58) -- The Sheboygan Police Department is investigating a car and motorcycle crash that seriously injured a Sheboygan man and his 11-year-old son Wednesday.

Officials say the crash happened around 5:05 p.m. near 13th and Indiana Avenue.

A westbound motorcycle was struck by a passenger car pulling out of a parking lot. A 42-year-old Sheboygan man was operating the motorcycle, and his 11-year-old son was a passenger.

Both were treated by Sheboygan police officers and Sheboygan EMS and later transported out of Sheboygan for treatment of serious injuries.

The passenger car was operated by a 22-year-old Sheboygan Falls woman who was uninjured.

This crash is still under investigation, and no arrests or citations have been issued at this point.

Police believe there are witnesses who saw this crash but left the scene before they were contacted by police. Anyone who witnessed this crash is asked to contact the Sheboygan Police Department at (920) 459-3333.