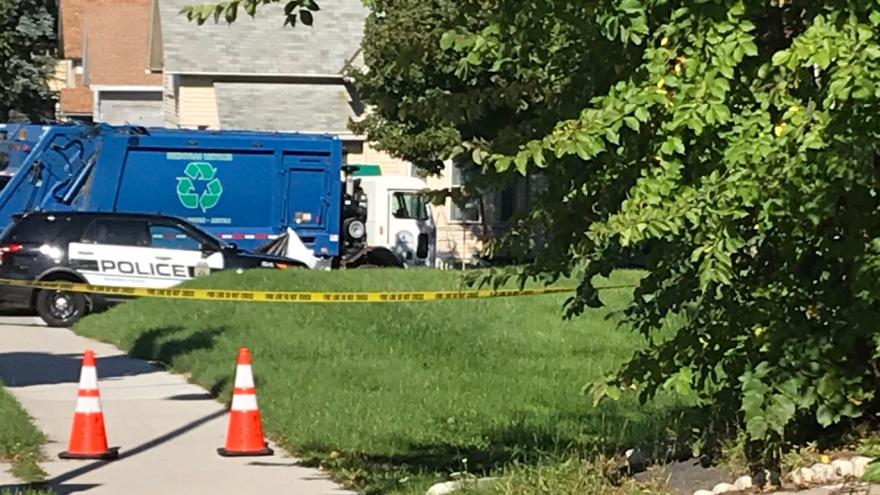 SHEBOYGAN, Wis. (CBS 58) -- A 9-year-old boy died after a City of Sheboygan garbage truck struck him while he was riding a bike on Wednesday, Oct. 9.

"It's a very sad day in the City of Sheboygan," said Sheboygan Police Chief Christopher Domagalski.

The boy was struck around 10:30 a.m. Police believe he was on his way to school.

"The sanitation truck was northbound on 14th Street and was preparing to take a right turn to go eastbound on Center, and the youth was on a bicycle on the sidewalk also northbound," said Chief Domagalski.

The truck and bike collided. The boy died on the scene.

The garbage truck driver is 35 years old and has been with the city for two years. Another employee was in the back of the truck at the time of the crash.

"Our drivers all have commercial driver's licenses," said David Biebel, director for the City of Sheboygan DPW. "They're professional, they go through the licensing and the training that's required, and every day we stress safety."

Since a city vehicle was involved, the Wisconsin State Patrol is now handling the investigation.

Authorities are not releasing the name of the victim pending family notification.