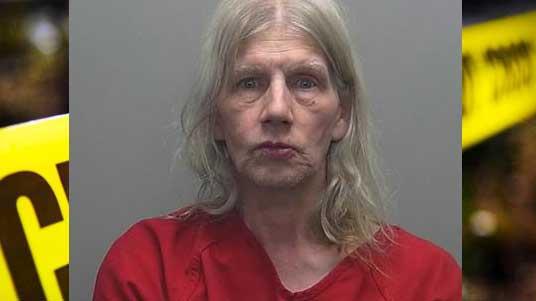 Sheboygan man was arrested for telling police he was going to cut off his girlfriend’s head and place it on a stick in front of his mother’s house.

Buck’s girlfriend was in the process of a divorce when the incident happened, and she was living with her soon to be ex-husband.

The girlfriend’s husband went into the bathroom when she was naked in the bathtub, and she immediately left her home and went to Buck’s house to tell him.

Buck accused her of cheating on him.

The girlfriend admitted to police that Buck was intoxicated and had drank an entire bottle of wine.

The girlfriend tried to calm him down, but he grabbed her overnight bag and began throwing items. She told police she left the house several times and sat in an adjacent field.

Buck’s mother said he had “been going off for the last five hours.” At one point Buck came downstairs and threw a kitchen chair. She went into her bedroom and locked the door.

His mother told police he tended to calm down if he didn’t see his mother for a while.

Deputies arrest the defendant for disorderly conduct. Buck told police, after being read his Miranda rights, that once he was released he would return and kill his mother and girlfriend.

He said he would then blow his brains out.

He then told police he would cut off his girlfriend’s head and place it on a stick in front of his mother’s house.