Sheboygan man shows up to workplace in tactical gear after being fired, now facing charges 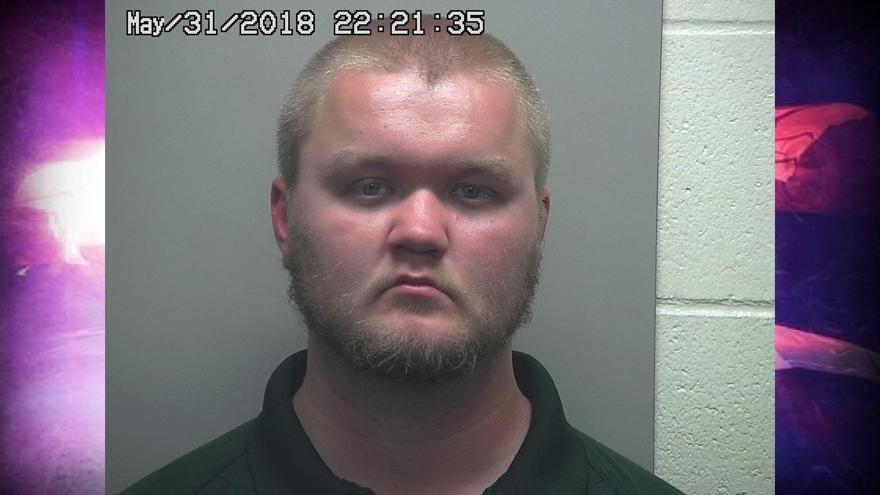 SHEBOYGAN, Wis. (CBS 58) -- A Sheboygan man is charged after he allegedly showed up at his former workplace with weapons after being fired just hours earlier.

Calvin Glazunov, 20, is charged with possession of an electric weapon and disorderly conduct. According to a criminal complaint, Glazunov had been fired from Rockline Industries on the morning of May 31. Around 5:45 p.m. the same day, Sheboygan Police were called to the company for a report that a previous employee was heavily armed and wearing protective gear and was near the property.

When officers arrived, police said they saw Glazunov and a passenger in a vehicle parked on South 11th Street along the west side of the parking line to Rockline. When police approached the car, Glazunov is said to have driven forward and turned into the parking line of Rockline. Glazunov was ordered to stop and he and his passenger were removed from the vehicle in what police described as a "high-risk traffic stop." The two were then detained while police investigated.

In the complaint, witnesses told police that Glazunov had been fired earlier in the day and as employees were leaving, noticed he was parked outside the doors employees usually come out of when they leave. The witnesses told officers they saw him looking toward the doors with binoculars and said he was wearing some type of black body armor and had magazines attached to the vest. Another witness also told police that Glazunov made statements in the past saying he carried a rifle at times and also that he always "had something on him," even when he went to Walmart in case something would happen. Other employees told police they were concerned because they saw Glazunov wearing his tactical vest and duty belt and were aware of his "love of firearms and other types of weapons."

When police asked Glazunov if he was armed, he told them he had a taser, pepper spray, a knife, and possibly a baton. When they searched him, they found he had a 12-inch knife, pepper gel with an OC ingredient, and a taser. They also found ammunition in his vest and duty belt. Officers also found an expandable baton and flare gun in his vehicle, according to the complaint.

When officers interviewed Glazunov he told police he returned to Rockline Industries to confront his former manager about a refund for some polo shirts he had bought. He said he did not have a gun that matched the magazines found on his tactical vest and had just sold any guns he previously owned. Glazunov admitted to carrying pepper spray and a hunting knife as well as a pair of chain-style handcuffs in the handcuff pouch of his belt. He further explained to officers that he recruits for a militia group he is a part of.