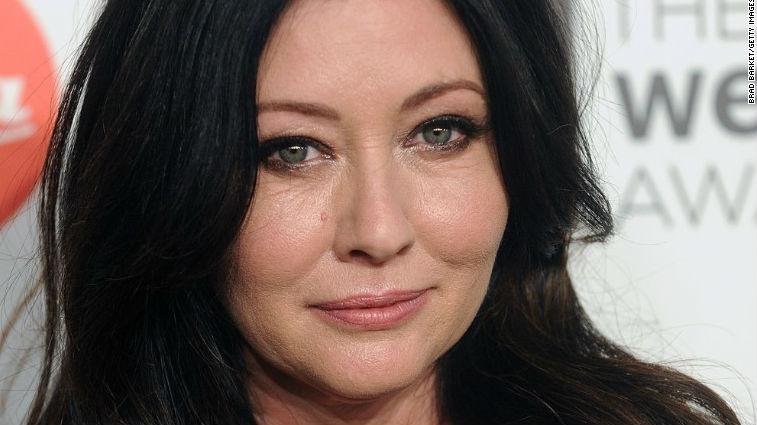 (CNN)--\"Beverly Hills 90210\" and \"Charmed\" star Shannen Doherty has confirmed that she is battling breast cancer.

The 44-year old actress gave an exclusive statement to People magazine on Wednesday.

\"Yes, I have breast cancer, and I am currently undergoing treatment,\" she told the publication. \"I am continuing to eat right, exercise and stay very positive about my life.

\"I am thankful to my family, friends and doctors for their support and, of course, my fans who have stood by me.\"

The news came out after TMZ reported that Doherty had filed a lawsuit against her former business manager, accusing her of not paying insurance premiums, causing coverage for the actress to lapse.

People reports that according to the lawsuit, the star was diagnosed in March. She \"discovered that she had invasive breast cancer metastatic to at least one lymph node\" and \"was informed that her cancer had spread during 2014 (when she was uninsured).\"

The suit further alleges that had Doherty had health insurance at the time, the cancer could have been caught earlier, and she would not have to face the current likely treatment of chemotherapy and a mastectomy.

Her former business manager has denied that she let the coverage lapse.

Doherty became famous for her portrayal of Brenda Walsh on the hit 1990s television series \"Beverly Hills 90210.\" She now says she is unable to work because of her illness.