Sex Trafficking Victims in Milwaukee are Getting Younger and Younger 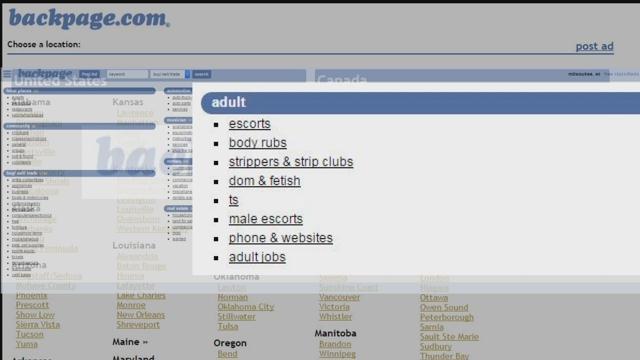 Everyday police are rescuing sex trafficking victims. Many of them are children, and the kids lured into this life are getting younger and younger.

CBS 58 investigated why those children are getting younger.

It's the dark underworld of sex trafficking and as technology evolves the monsters who push their victims into the arms of strangers are evolving too, “we're also well aware of the fact that traffickers are kind of becoming savvy to the fact that law-enforcement does a lot of undercover work targeting Backpage and are beginning to move to other sites as well,” said FBI Special Agent Chad Elgersma.

Backpage is seen by some as a dirty version of craigslist. The FBI and other law enforcement watch it closely trying to bust criminals. Many of the trafficking cases in Milwaukee County involve Backpage in some way.

But like the FBI says it is not exclusively Backpage, "every single case that I've investigated in two years has had a Facebook connection to it," said Agent Elgersma.

Police say the reality is grim and just about every social media website and app is giving traffickers recruiting power like they've never had before, “"they're there at 2:00 in the afternoon when they're in school, they're there at 7:00 at night, they're there at 3:00 in the morning. So it's sort of a 24/7 recruitment environment," said Grant Snyder of the Minneapolis Police Department’s Juvenille Trafficking Team.

To make things harder for parents, traffickers will talk to kids through direct message working hard to key in on a vulnerability and then eventually convince the child they can fill a void in their lives.

"The fashion in which these guys are out there manipulating these kids, these kids aren't prepared for that. They're not able to articulate what's happening even though they know something feels wrong about it. They're into it at that point,” said Snyder.

Sadly, officials say there's really not much you can do besides keeping an eye on your child's online friends, their conversations, and what they post.

Law enforcement doesn't have any sure fire tips to prevent traffickers from talking to them.

An FBI agent out of the Milwaukee office says traffickers now have the tools to target anyone, "what we see is the traffickers will attempt to recruit and groom their victims and victims may be very good students, they may be people involved in school, they may be students in Milwaukee or the suburbs it really doesn't matter,” said Agent Elgersma.

Law enforcement says social media is now the way most traffickers prefer to recruit their victims. Apps that allow anonymous communication are especially dangerous like snapchat, kik and whisper.