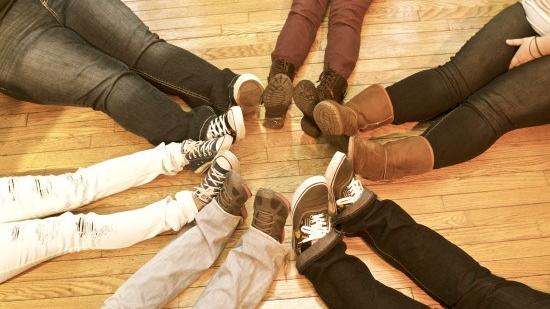 Children as young as 13 are being sold for sex in the city of Milwaukee. In fact, a local task force says human trafficking cases have been documented in all Wisconsin counties.

One victim is Lucy Stear.

\"I'm in a better place than I ever thought I could be,\" she said.

The 19-year-old is on a lifelong journey of healing. She was only 13 years old when her older boyfriend introduced her to heroin.

\"When I was 15, my supposed best male friend sexually assaulted me,\" she said. \"I was human trafficked, sex trafficked by a stranger when I was 17. I was tranquilized with ketamine, zip tied and everything.\"

Everything to make her lose faith in humanity. Until she sought treatment with Lad Lake.

\"When you go through things like that you really see the darkness in the world,\" she added. \"I know I'm not completely recovered from that, but it does not affect my life the way it used to.\"

Therapist Erin Bostelmann uses art to help victims break through their trauma. The creative form of expression was the focus of a Denim Day project, a day designed to bring awareness to sexual assault and rape.

\"The hope is to love and care and build relationships with them that are meaningful,\" Bostelmann said. \"It sounds simplified, but that's what people need.\"

Lucy hopes her story can save others, but says stopping the abuse goes beyond herself.

Lucy finished high school, works and has been sober for a year and a half.

While she continues therapy, she is giving back to those who saved her life by mentoring young girls who are recovering from sexual abuse.