Thousands of We Energies customers were without power for hours.

Waukesha County, Jefferson County and Racine County were three areas that saw a lot of the damage. 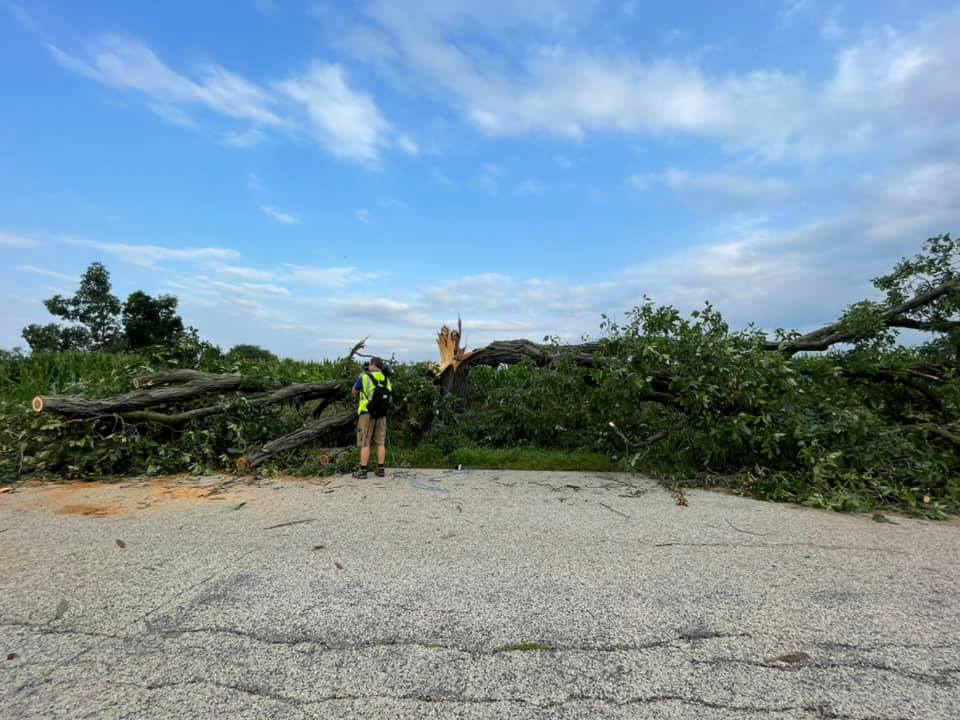 Businesses and homes in Jefferson County faced the repercussion of this damage Thursday morning, like Lake Country Heating and Cooling in Concord. The roof of the shed of the business is completely torn off.

"We had damage to our roof on our shed and not our main shop, so I'm elated that it was that and not our shop because we’d be down on equipment and being able to operate," said owner Wade Wilson.

Many businesses and homes experienced similar damage. The National Weather Service has been examining the damage all day.

Wilson said he drove to his business at 2 a.m. trying to make sure everything was okay and fix what he could.

Debris from trees, personal property and even highway signs were seen all over town as companies like We Energies were trying to restore power and clean up the mess.

"A number of buildings have structural damage along County Road E here, so we are kind of documenting what exactly happened overnight," said Tim Halbach, the warning coordination meteorologist of the National Weather Service office in Milwaukee and Sullivan.

Halbach was at Lake Country Heating and Cooling in the morning assessing damage. He said some of the worst damage they've seeing so far is in Concord.

"It was a really potent storm that came through. It strengthened as it got to southern Wisconsin. It looks like tornadic damage based on what we saw on radar last night and what we’re seeing here," said Halbach. "A lot of times what we want to look for is some sort of lofted debris and we are seeing all the insulation from this building here going all the way into the field across the street, so a lot of classic signs of a tornado."

As a result of the tornado, some local businesses were without electricity, like Paula's Mexican Kitchen, and couldn't open to customers.

"There's no water, there’s no power, there is nothing. Even the gas station next door right now, they have a generator," said Sarah Vega, an employee at Paula's Mexican Kitchen.

Vega said this marks the second time in a week they don't have electricity.

"There was an explosion here in Rome, that’s about two miles from here, and so we have been out of power for about two days, it’s just kinda crazy," said Vega.

Vega said they are one of the only Mexican restaurants in Concord and opened back in November.

"It has been kinda hard getting out there with the pandemic and with tornadoes and with everything going on, so we are just trying to survive here," said Vega.

The main message from businesses and community members is they are grateful that they, and others, weren't seriously injured.

"I’m just glad that it was what it was and nothing serious, nobody is hurt, so that’s the main thing and move on from there and get things squared away and keep rolling here," said Wilson.

Just before the tornado touched down in Concord, an EF0 tornado barreled through a cornfield in Watertown, barely missing a farmer's house up on the hill.

"It was probably the scariest moment I've had to deal with, I'll be honest," said farmer Nick Uglow.

He was surveying the damage around his family's farm after the tornado passed by, right next to his house Wednesday night.

"The window blew out in the basement, the patio door came off the track, we headed to the corner of the basement, pretty scary," said Uglow.

After just missing his house, the tornado obliterated a machine shed, and tossed a manure spreader and two chopper boxes onto their sides like toys, before barreling a path through the corn.

"They're lighter pieces of equipment, so not a big surprise," said Uglow.

Just two miles away, the storm ripped off nearly three-fourths of the roof on a house, dumping much of it into the back yard. The owner went to the basement right before, when his dog started acting strange.

"The straight-line winds, things will -- you'll get widespread damage, but the damage won't really travel as far, but we've seen damage travel upwards of a football field, downwards of where things have been destroyed," said National Weather Service Lead Forecaster Jaclyn Anderson.

Uglow said he's glad his family is safe. His 18-month-old daughter didn't even cry while they were huddling in the basement.

She didn't skip a beat, she didn't drop a tear," said Uglow.

The only casualty on the farm was a calf killed by flying debris.

The Uglow's insurance company has already been out to their farm.

They're waiting for the claims adjustor to put a number on the damage.

There are still more than 41,000 people without power this morning.

Amy Jahns with We Energies spoke to CBS 58 this morning. She says crews have been working to clear debris and restore power to thousands of homes since the storms ended early Thursday morning, July 29.

Western Waukesha and Racine Co. were two areas with the most outages, but We Energies expects that to change this morning.

In the town of Concord insulation and other debris were scattered throughout a field. A local business, Lake Country Heating and Cooling, was missing half of its roof.

The National Weather service is expected to survey areas this morning to determine if any tornadoes touched down in SE Wisconsin overnight.

Clean up is underway in many cities that were damaged by overnight storms.

The Oconomowoc Police Department is currently on the scene of a tree down, causing a full road blockage on Valley Rd. between Oconomowoc Parkway and S. Silver Lake St.

They are asking people to avoid the area and use an alternate route.

Oconomowoc police say there are several trees and power lines still down throughout the area.

CBS 58 has crews throughout SE Wisconsin bringing you the latest severe weather coverage to keep you safe.

Storm reports continue to come into the viewing area.  You can see by the map below the wind damage is sporadic across the region except across Sheboygan, Ozaukee, Milwaukee, and Racine Counties.

We have reports of numerous trees and powerlines down and power outages as well.

The town of Concord in Jefferson County appears to be one of the hardest hit locations.  In and around Ripon in Fond du Lac County is another spot. National Weather Service crews will be assessing the damage in Concord and Wales later this morning. Remember to stay clear of downed powerlines.

Luckily the weather will be improving today for cleanup efforts. More storms are coming though on Saturday. 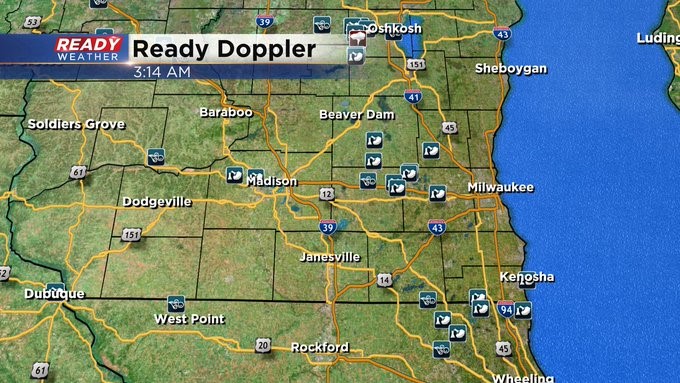 Officers say several trees are down in Oconomowoc, and various parts of SE Wisconsin have reported downed power lines, debris from buildings and fires due to lightning strikes. 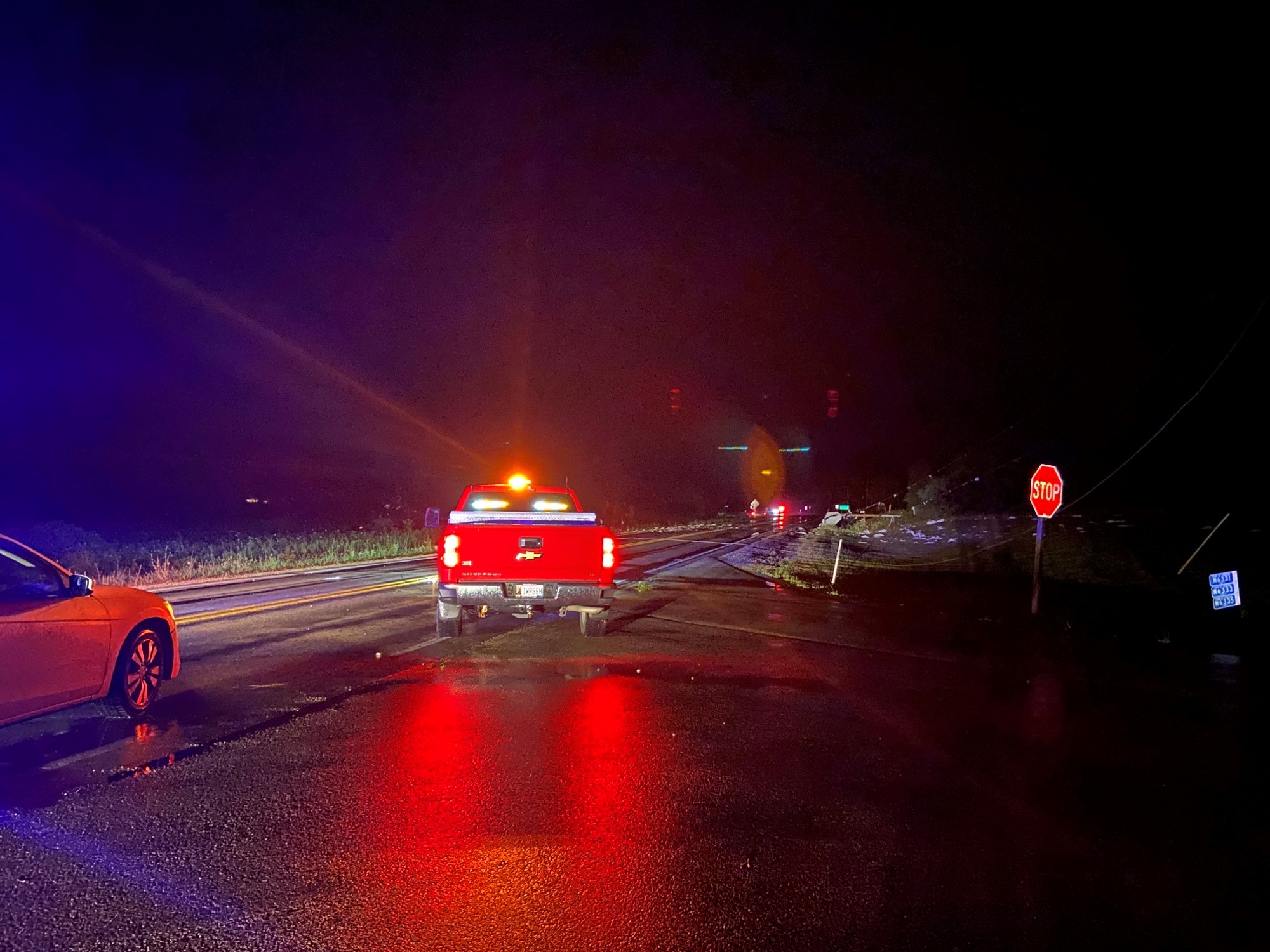 A CBS 58 photojournalist took this photo at the intersection of County HWY E and County HWY F in Sullivan. Debris from buildings covered the road, and it was blocked due to power lines being down.

The road has since reopened.

We Energies is reporting thousands of outages. 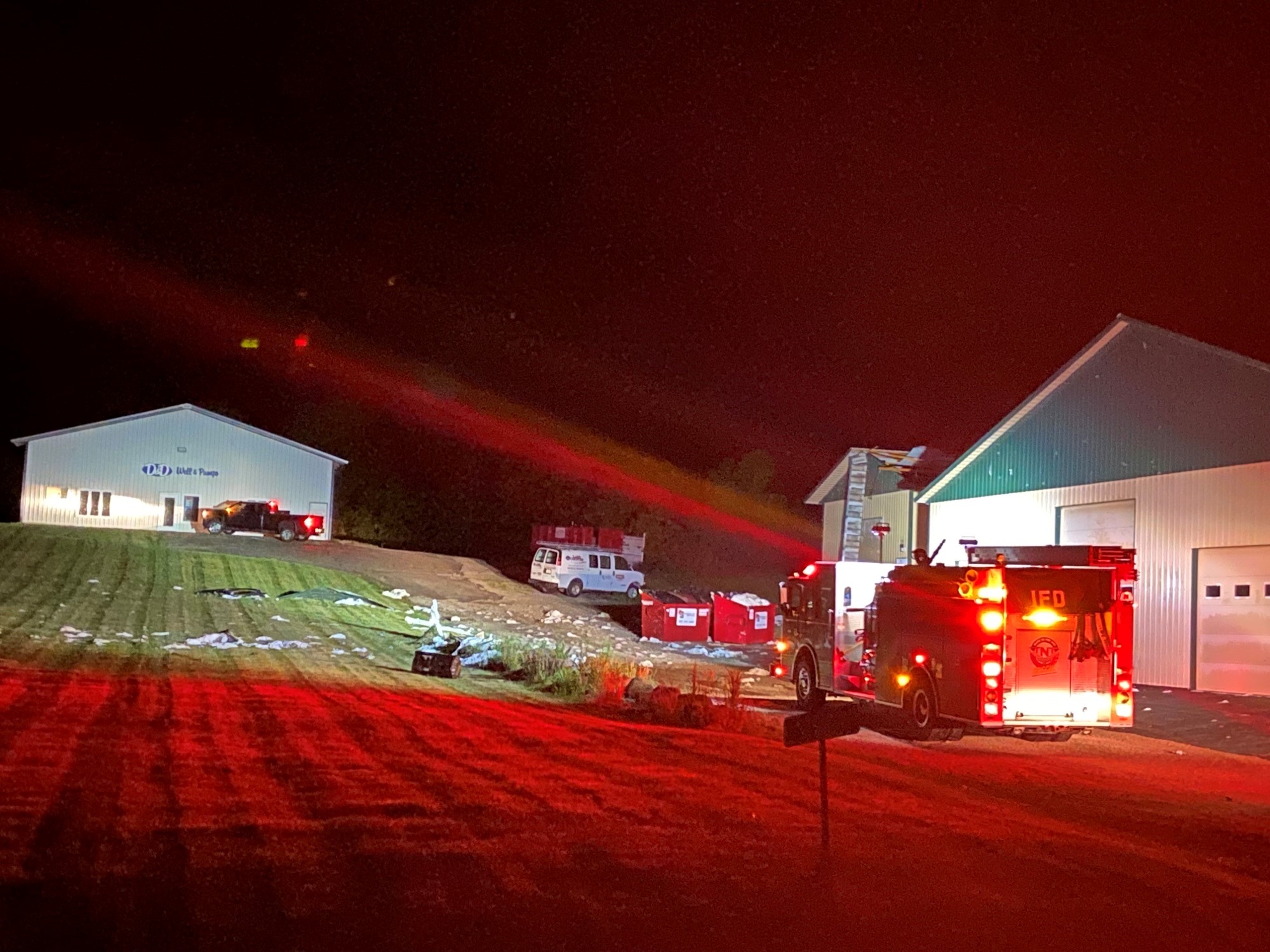