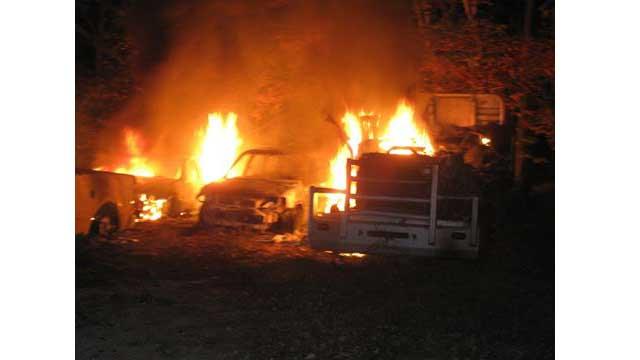 Several vehicles at a towing company in Washington Company caught on fire on Sunday morning.

According to the Sheriff’s Office, the incident occurred at 1:52 AM.

The fire originated from a vehicle involved in an accident from the previous day that the Sheriff’s Office handled and was towed to the local facility.

According to the Sheriff’s Office, when damaged vehicles are removed from an accident scene, the battery cables are removed, or sometimes cut, to minimize the potential for secondary fires and secondary damage to electrical systems.

Many tow truck companies will not transport a vehicle involved in an accident unless the battery was previously "isolated".

The subsequent investigation revealed this may not have been done at the scene and was likely a significant contributing factor to the fire.

The fire then quickly spread to several other vehicles. The semi that is pictured was already heavily damaged due to previous fire.