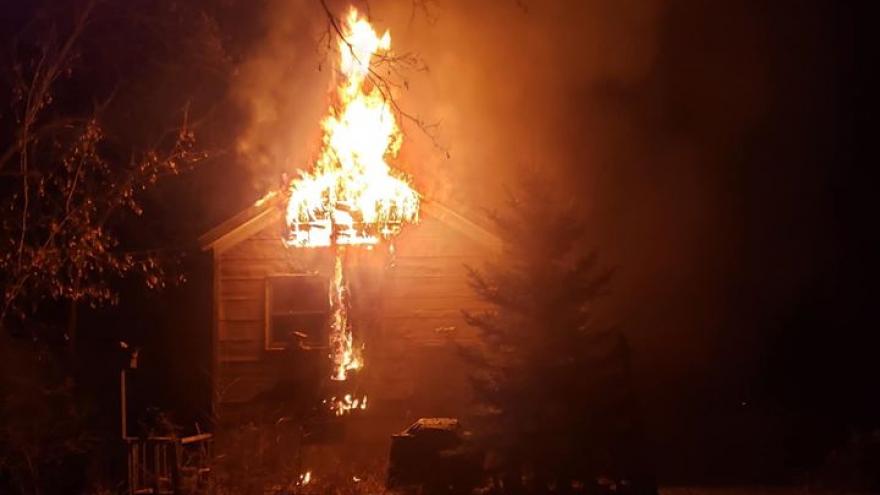 Fond du Lac Fire and Rescue crews were called to a home in the 200 block of Arndt Street shortly before 3 a.m. for a report of fire showing from the back of a house.

Upon arrival, firefighters encountered heavy fire in the rear of the vacant home.

A MABAS box alarm was initiated and firefighters from surrounding communities were called in.

There is no damage estimate at this time but the fire department says that the house experienced substantial damage.