Serenity Rose's Mother Describes on the Stand Her Father's Rage 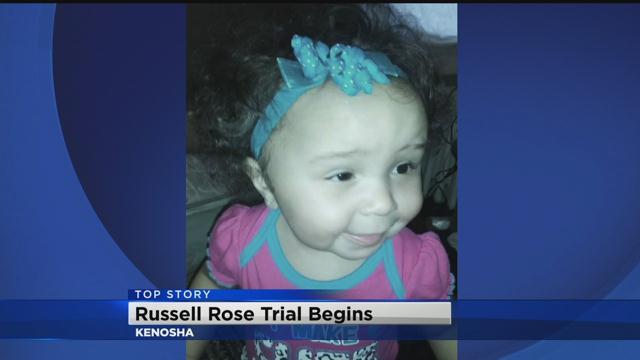 The jury trial of a father accused of murdering his own child in a domestic rage continues.

Domestic rage was described in detail this morning by April Lampy.

She was Serenity Rose’s mother. She took the prosecution through a day where she was repeatedly beaten by her boyfriend Russell Rose at one point beaten so bad she defecated on herself.

She feared for her life and Serenity’s because later Rose was poking her with a knife and threatening her.

She decided she had to leave and ran out of the house with the baby.  Rose chased her and knocked her down.  He then punched and choked her.  A neighbor came to help but moments later Lampy said Rose picked up Serenity.

“I remember seeing him slam her to ground,” said April Lampy.

Kenosha Police say the toddler was beaten beyond recognition and suffered multiple skull fractures before she died.

Police say Rose began beating the child after he got into an argument with the little girl's mother.

The trial will continue tomorrow at 9 AM.