It's been an interesting month of weather across southern Wisconsin. September started seasonable, tallying the majority of its sixty degrees days in the first ten days of the month. Then brewing summer-like conditions provided heat we haven't experienced in over five years! During the warm stretch conditions were very dry, with a seventeen day stretch of no rain in Milwaukee. Temperatures during that time fared much warmer than normal. In fact, today was the first "cooler" than normal afternoon in nineteen days! Additionally, we satisfied our average of nine "90s" per year when we soared into the 90s four times in late September, breaking two record highs and two record high mins (warmest low).

That stretch was too good not to take a second look at. Check it out: 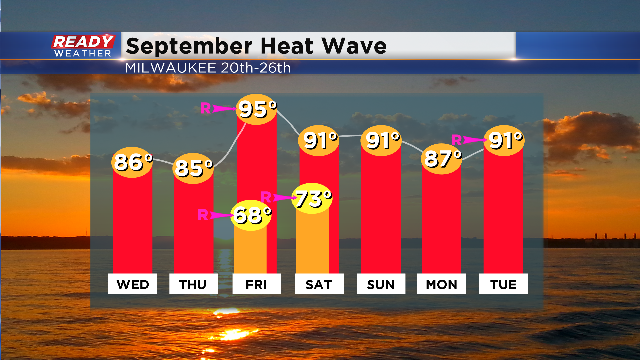 Take a look at the breakdown of highs during the month. 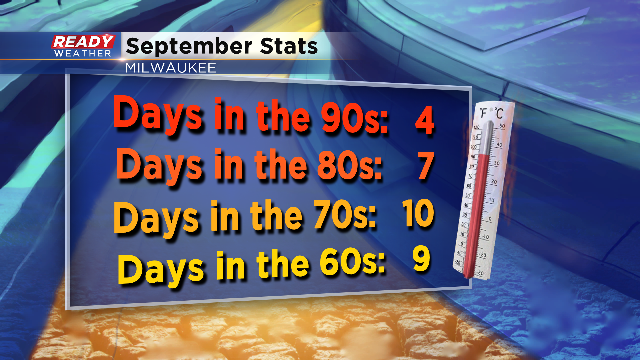 While we had plenty of heat, rain was hard to come by. The entire month saw less than an inch of rain. Only five days recorded measureable rain. It was the driest September in the last five years. As you look at the September rainfall through that stretch, it's feast or famine! 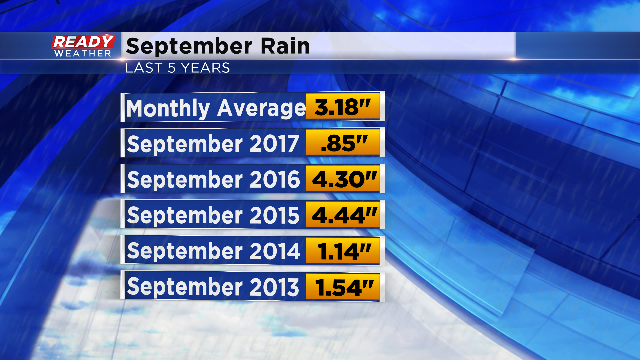 Here's the final recap of the month. 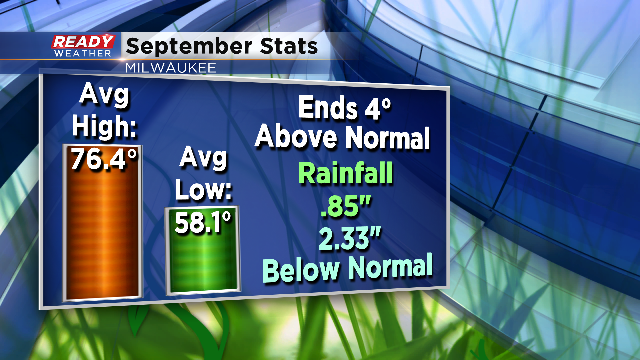 Cheers to what looks like more warmth as we head into early October!