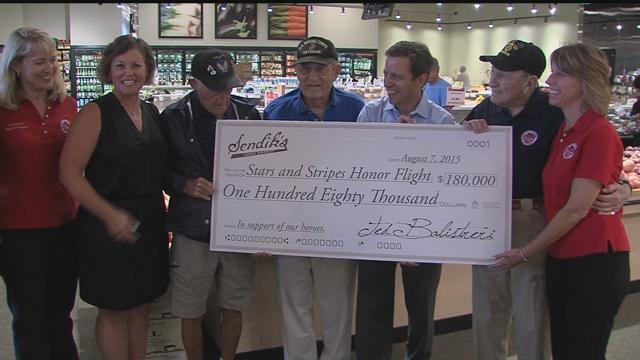 It's a special moment when we can give back to the men and women who have serviced our country and protected our freedom.

That happened in a big way Friday when Sendik's Grocery Stores made a $180,000 donation to the Stars and Stripes Honor Flight.

The money will help 180 veterans take a special trip to Washington D.C. to visit the WW II Memorial.

The trip is a transformative experience. Just ask David Meltzer who served as an Army Corporal in the 95th infantry under General Patton.

The next Honor Flight is scheduled for October.