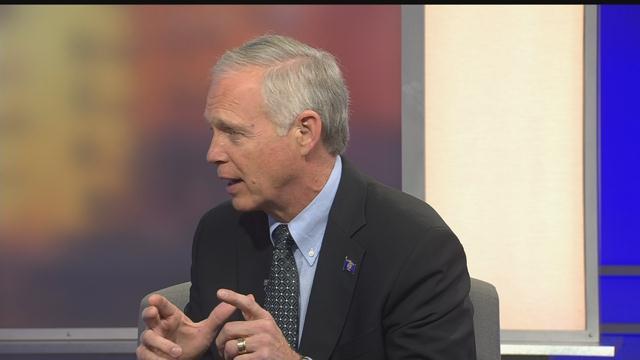 Johnson is in a tight race to keep his senate seat. According to the most recent Marquette law poll, Johnson had gained a few points on Russ Fiengold basically evening the race up to a tie.

Meanwhile, Donald Trump's numbers slipped in Wisconsin. Senator Ron Johnson spoke about what he thinks of the Republican nominee.

"On the big things growing our economy, strengthening our military defeating ISIS securing out border actually appointing judges rather than liberal activists to the supreme court on the big things we agree, where I disagree with our nominee, I've been very honest about it and I'm not going to defend the indefensible I've shown myself to be my own person, to be completely independent I will work with whoever the American people choose as their next president."

The final Marquette law school poll measuring just how close this senate race is will be out on Wednesday.