Senate to release report on Bush-era interrogation techniques and policies 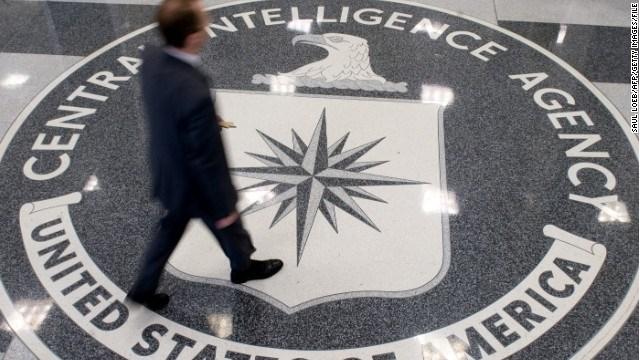 U.S. Marines are on high alert. So are the CIA and the White House, for that matter.

Politicians on both sides of the aisle also are ready to enter the fray.

They're all geared up over the Senate Intelligence Committee's $50 million investigation of Bush-era CIA interrogation tactics on detainees in the years after the September 11, 2001, terrorist attacks.

The long-delayed report on the use of torture -- \"enhanced interrogation techniques\" -- by the U.S. government is expected to be released Tuesday morning.

This won't be the full report, but its 480-page executive summary that will be released. There will also be a shorter Republican counter-assessment and the CIA's own assessment. The complete report totals more than 6,000 pages.

The release comes six years into Barack Obama's presidency and in the waning days of Democratic Party control in the Senate.

Officials briefed on the report say it will provide ugly new details of the CIA program, including specifics on detainee deaths and a portrayal of a haphazardly assembled and poorly managed program. The report will detail 20 findings, plus 20 case studies that the Senate Democrats say illustrate the CIA's misrepresentations about the program. The hunt for Osama bin Laden is one of the 20 case studies.

Countries that cooperated with the CIA, hosting black site prisons and assisting in transferring detainees, will be identified only obliquely and not by name. CIA employees, referred to by pseudonyms in the report, won't be identified. However, the CIA pushed for the pseudonyms to be redacted because other information in the report could be used to determine who the employees are.

According to an administration official, 93% of the report is unredacted. \"There's going to be nothing lost in this narrative,\" the official added.

The Senate report was conceived initially as a bipartisan review of the CIA program, though Republican senators pulled support from the investigation soon after it began. Its findings probably will end up being seen through the prism of the deeply partisan divide over the Bush-era counter-terrorism tactics and whether they actually produced intelligence to keep the nation safe.

'These are good people'

\"I'll tell you this,\" Bush said after clarifying that he hadn't read the Senate report yet. \"We're fortunate to have men and women who work hard at the CIA serving on our behalf. These are patriots. And whatever the report says, if it diminishes their contributions to our country, it is way off base. I knew the directors, the deputy directors, I knew a lot of the operators. These are good people. Really good people. And we're lucky as a nation to have them.\"

The central conclusion by the Democratic-led Senate report, according to people briefed on the investigation, is that CIA employees exceeded the guidelines set by Justice Department memos that authorized the use of \"enhanced interrogation techniques\" and that the agency misrepresented to Congress and the White House what it was doing.

More than 100 detainees went through the CIA's detention program, and about a third were subjected to those techniques, which included waterboarding, exposure to low temperatures, slapping and sleep deprivation. Three were waterboarded, which is considered the harshest of the techniques.

The agency now disavows the program as a mistake that it won't repeat.

But it is also trying to walk a fine line, by sticking to claims that valuable intelligence on al Qaeda and in the hunt for bin Laden emerged from the harsh interrogations of detainees.

For some Republicans and CIA supporters, there's still a dispute about whether techniques such as waterboarding constitute torture.

The Justice Department twice has investigated the conduct of CIA employees involved in the program and decided not to bring charges.

Anticipating a backlash across the Middle East with the release of the report, thousands of Marines have been put on a higher state of alert. Should a U.S. Embassy or base come under threat, the units can be deployed within hours.

The Marines are all part of forces positioned in key areas to respond to a crisis.

President Obama, who was an early critic of the CIA program as a senator, has tried to be more even-handed since becoming President. \"We tortured some folks,\" he said in August, adding that there was a need to recall the context of the era, including the fear of follow-up terrorist attacks against the United States.

The report has also opened a rare public rift between the current White House and some Democrats on Capitol Hill.

Sen. Dianne Feinstein, who chairs the Senate Intelligence Committee and is usually a defender of the CIA, has unleashed stinging criticism of the agency after what she said was a series of cover-ups, including the destruction of interrogation tapes.

\"The interrogations and the conditions of confinement at the CIA detention sites were far different and far more harsh than the way the CIA had described them to us,\" Feinstein said on the Senate floor in March.

In a phone call Friday, Secretary of State John Kerry asked Feinstein to consider the broader implications of the timing of the report's release, said State Department spokeswoman Jen Psaki.

\"A lot is going on in the world, and he wanted to make sure that foreign policy implications were being appropriately factored into timing,\" Psaki said. \"These include our ongoing efforts against ISIL and the safety of Americans being held hostage around the world.\"

During the call, Kerry made it clear \"that the timing is, of course, her choice,\" Psaki added.

Feinstein also said some of the report's findings challenge the \"societal and constitutional\" values of America.

\"We have to get this report out,\" she told the Los Angeles Times in an interview Sunday. \"Anybody who reads this is going to never let this happen again.\"

CNN's Jake Tapper and Jim Acosta contributed to this report.