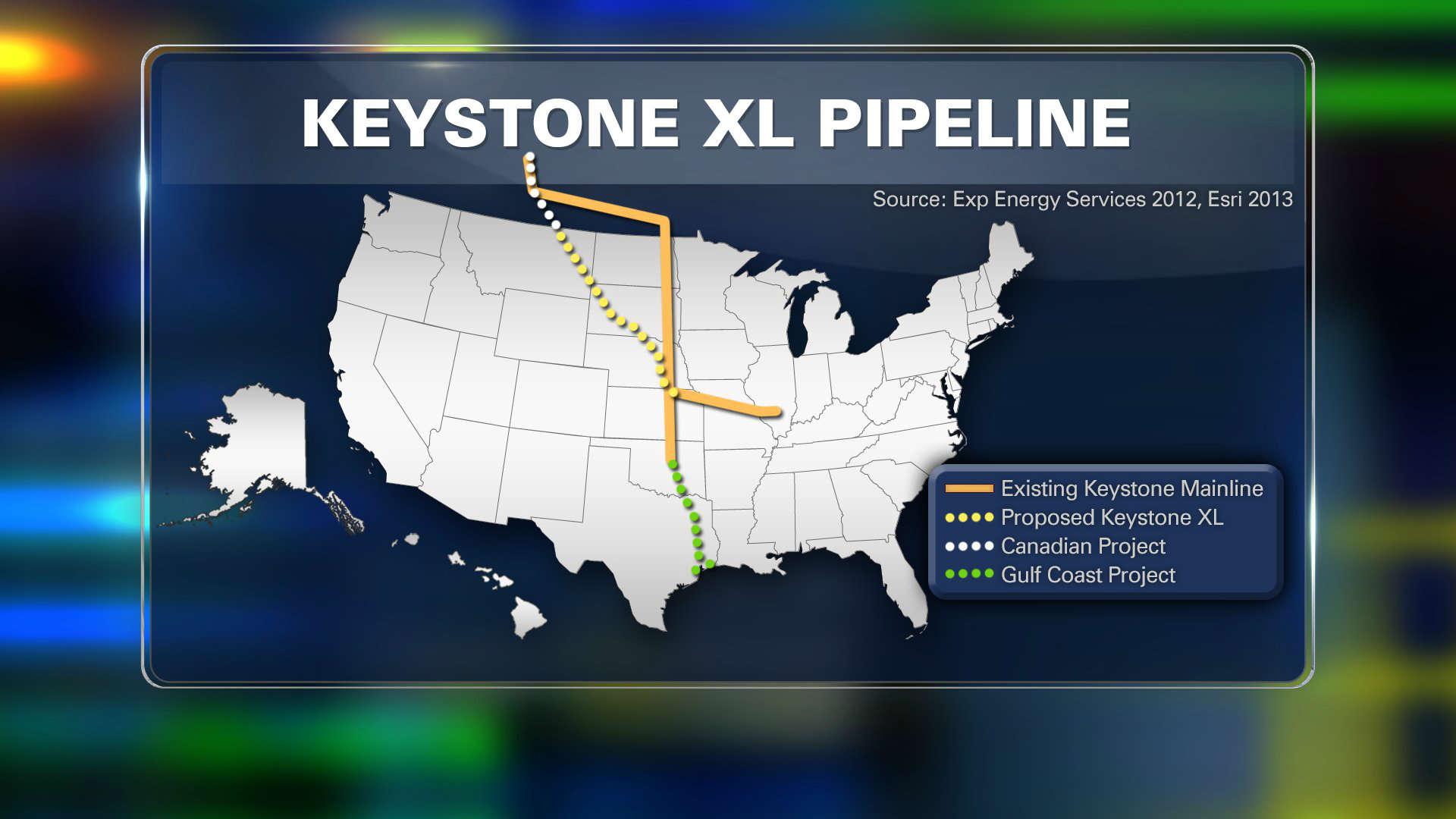 WASHINGTON (CNN) -- The Senate passed a bipartisan bill on Thursday to clear construction of the Keystone XL pipeline, a controversial project that would transport oil from Canada to the Gulf of Mexico.

The vote was 62 to 39. Nine mostly centrist Democrats joined with Republicans to support the bill despite President Barack Obama's promise to veto it. The President has said the decision should remain within the executive branch.

Passage was a victory for newly empowered Republicans who made the bill their top legislative priority and the first taken up on the Senate floor. Keystone supporters, frustrated by the lengthy and still ongoing Obama administration review of the project, are trying to force the President's hand to let it be built.

\"This is a happy day on several counts,\" said Senate Majority Leader Mitch McConnell, who told reporters he was pleased with both the success of the bill and the legislative process it took to get there -- most notably the 41 amendments from members of both parties that got votes.

When they were in the minority, Republicans pledged to restore a more \"open\" amendment process than they faced when Democrats were in charge. The open process worked initially during the Keystone debate but broke down temporarily last Thursday, when -- in a session that ran past midnight -- Republicans abruptly tried to end debate on the bill. It quickly got back on track, but only after Democratic supporters of the pipeline refused to go along.

In a rare exchange on the Senate floor on Thursday, McConnell and Sen. Dick Durbin, the assistant Democratic leader, actually praised each other's handling of the debate.

\"What I've seen on the floor the last several weeks is the Senate I remember, the Senate I was elected to,\" Durbin said. \"I hope that in our role in the minority we can work with you, with a feeling of mutual respect, to achieve, at least, debate on the floor if not some significant legislation.\"

\"I agree that this has been good for the Senate, good for both parties, good for America for getting back to normal and I thank the senator for his comments and his cooperation,\" McConnell responded.

The kind words though don't mask the deep policy differences between the two leaders on the Keystone issue.

Former Senate Majority Leader Trent Lott, R-Mississippi, was in the Capitol as the debate carried on. He told CNN the Senate was hurt by the way Democrats ran things in recent years, particularly when they didn't allow amendments from either side. He said that a new spirit of cooperation from the both Democrats and Republicans is a good thing.

\"Look you're going to have partisanship. But I think the institution is being damaged by what has happened the last two years,\" he said. \"If they can get it back on track it would be good for America.