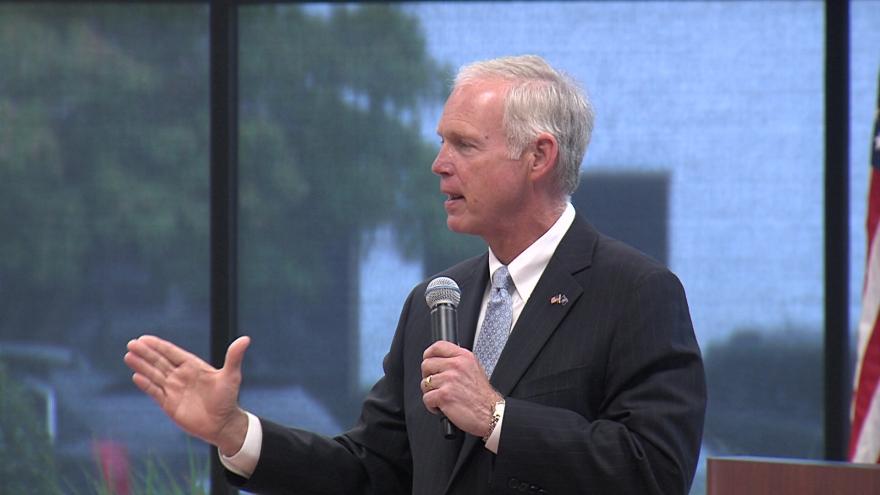 MADISON, Wis. (CBS 58) – Republican Senator Ron Johnson provided his most detailed account of his knowledge of the events surrounding President Trump’s phone call with Ukraine’s president in a letter this week while also casting doubt over the credibility of one of the people testifying on Capitol Hill.

Johnson sent the letter to members of the House Intelligence Committee on Monday, Nov. 18. In it, he details the events following the Ukrainian presidential election victory of Volodymyr Zelensky earlier this year.

The Republican senator also takes aim at the credibility of Lt. Col. Alexander Vindman, who testified before the House Intelligence Committee Tuesday.

In the letter, Johnson discusses differing viewpoints that he and Vindman had over U.S.-Ukrainian policy. Johnson writes that, “a significant number of bureaucrats and staff members within the executive branch have never accepted President Trump as legitimate and resent his unorthodox style and his intrusion onto their ‘turf.’”

Johnson notes that this group of people reacts by leaking information to the press as well as participates in efforts to sabotage the president’s efforts and policies.

Johnson adds, “it is entirely possible that Vindman fits this profile.”

The GOP senator has been a staunch defender of the president and his actions pertaining to Ukraine. Johnson is the member of Congress with the most first-hand knowledge of the issue because of his positions as chairman of the Senate Committee on Homeland Security and Governmental Affairs and the Subcommittee on Europe and Regional Security Cooperation of the Senate Foreign Relations Committee.

Johnson also attended the Zelensky’s inauguration in May and asked President Trump about the phone call where Trump is accused of pressuring Ukraine to investigate the Biden family in exchange of military aid from the U.S. that was set to be released.

“When I sprung that on President Trump in my August 31 phone call,” Johnson told NBC’s Chuck Todd on Meet the Press on Sunday, Nov. 17, “he completely denied there’s any kind of arrangement that Ukraine had to do something before releasing that funding.”

Johnson also mentions in the letter and in previous emails that President Trump wanted to investigate a theory that Ukraine had colluded with the Hillary Clinton campaign to meddle in the 2016 presidential election, something not backed by the U.S. intelligence community.

“This is truly a debunked theory,” said David Canon, a political science professor at UW-Madison. Canon notes that the use of that theory that has been pushed by Trump and Johnson actually weakens the strength of the letter, something Republicans are hoping to use to defend the president in the impeachment inquiry.

“That puts the letter, I think, on a much weaker foundation than if he had just stuck to the facts of what he knows.”

Should the impeachment process reach a trial in the Senate, Sen. Johnson has said that he would not recuse himself from the trial.