Semi truck is removed from east side footbridge 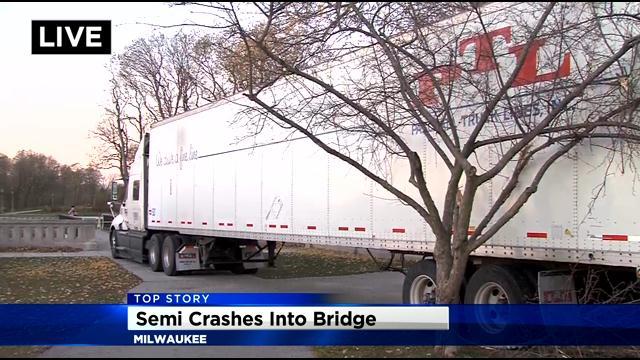 A Wayward truck driver from Indiana has now been fined for crashing his rig into an iconic footbridge in Lake Park. The truck has finally been removed.

The driver claims he was just following his GPS when he drove through the park at about 4:30 yesterday, and then tried to drive over the historic lion bridge near the North Point Lighthouse, doing a considerable amount of damage in the process.

CBS 58 tested out the driver's potential route to the closest highway, so we put it into our GPS but it led us nowhere even close to the light house.

Andy Stueve, an area resident says, \"I'd like to know what his gps company is, so i can avoid their technology.\"

We called the truck company to find out which GPS company they use, but didn't receive a call back.

To address the elephant in the room the city brought in a towing company, and several hours later the truck was cleared.

The footbridge is now open to the public again. The driver is being examined for medical issues. He was fined and charged with reckless driving and not obeying signs.