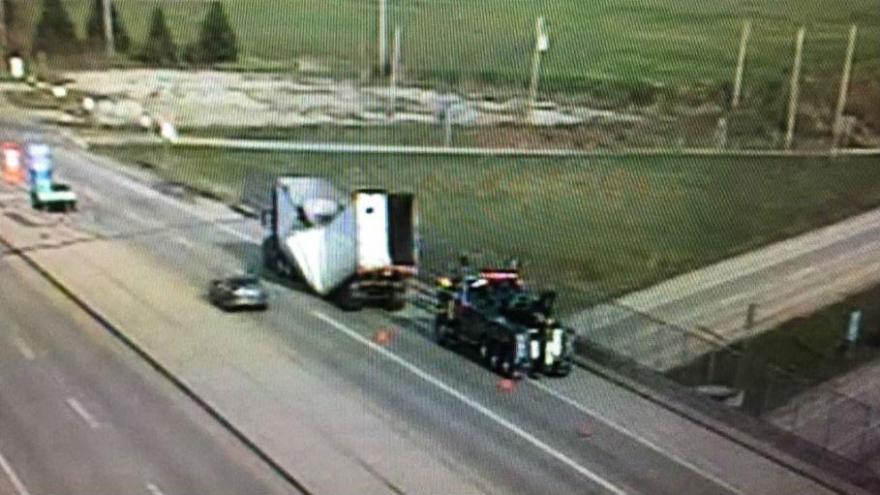 According to Slinger Police, a semi-trailer truck collapsed on the HWY 60 Bridge over I-41. It was hauling a 40,000 pound load of raw plastic.

As the semi came off the I-41 ramp, the load apparently shifted to the center to the trailer.

The weight was too much for the older trailer and it broke in two.

No one was injured in the accident.

After the trailer is unloaded, a heavy tow company will remove the broken trailer.

Westbound traffic on HWY 60 is being diverted north on I-41 to CTH K. The eastbound lane of HWY 60 is open to traffic.