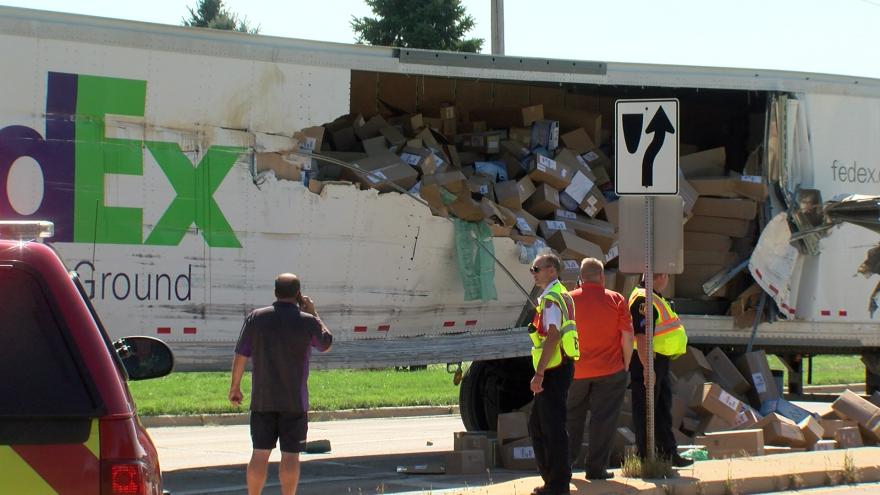 NEW BERLIN, Wis. (CBS 58) -- A dump truck driver was taken to a hospital after a crash in New Berlin. It happened early Monday afternoon at National and Calhoun.

Police say a Fed Ex semi truck was turning onto Calhoun, when the dump truck hit it and sheared off its side.

There is no report on the condition of the dump truck driver at this time.

The dump truck appears to have slashed open the side of a Fed Ex truck.

It happened near Calhoun and National in New Berlin shortly before 1 p.m.