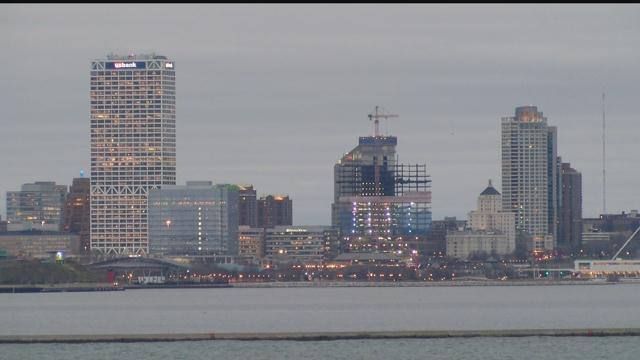 "Milwaukee on a whole range of indicators looks like one of the worst places in the country."

For Milwaukee, it's a tale of black and white, a city so marred by segregation; it affects every part of life

"You've got 40% of the population is poor, you've got very high rates of joblessness, in some of those neighborhoods well over 50%, of the working age population not working and on top of that you have the high concentration of high segregation." University of Wisconsin Milwaukee Professor and Director for UWM’s Center for Economic Development Marc Levine said.

Levine has studied the problem for decades. His work recently received national attention. Levine's studies found that 70% of black kids in the city attend hyper-segregated schools, worse than cities in the deep south. Black families make 56% less than whites in the area, and even black families who are affluent still live in poverty stricken neighborhoods at higher rates, something that is not seen anywhere else in the country.

"Be it employment, be it poverty, be it income, be it access to housing, be it the criminal justice system. We have deeply entrenched racial disparities that we've only made minimal progress on alleviating over the last 20-30 years," Levine said.

"Is there more work to be done, sure. Do I think we're making progress, yea," Barrett said.

As Barrett prepares for for a fourth term run, he acknowledged the unhealthy concentration of poor, particularly black, families.

Levine thinks it takes more than that, saying there needs to be a bold approach at the local and federal level to dismantle housing and banking discrimination, and investigations of infrastructure and zoning policies that perpetuate the problem.

"We can't really survive as an effective and prosperous community, leaving such large sections of our community behind," Levine said.

Levine is working on more studies exposing issues in Milwaukee, he expects to release them in a few months.