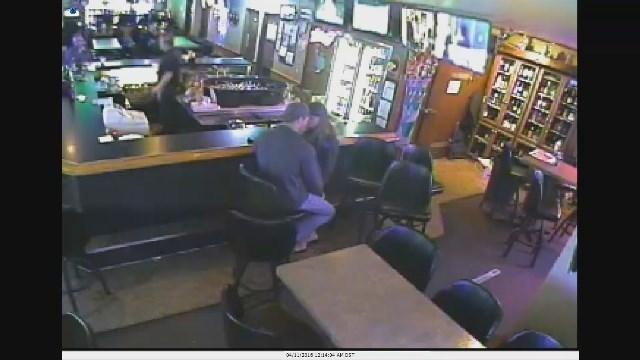 BILLINGS, Mont. (CBS NEWS)--Hats backwards, the man and woman sit in center frame, nose to nose Monday morning at a casino bar in Billings, Montana. Surveillance video shows her arms around his neck as she leans in for a kiss, just a moment before the bar's armed robbery begins,reports CBS affiliate KTVQ.

The bartender raises his hands in the air as two men brandishing guns appear. Guided by the men, whose faces are masked with bandannas, he walks to the register and standing almost right next to the couple, opens it.

The couple appeared to remain blissfully unaware of the proceedings at the Tap Inn bar and casino until the robbery was nearly over.

No one was injured in the incident, and police have not made any arrests.