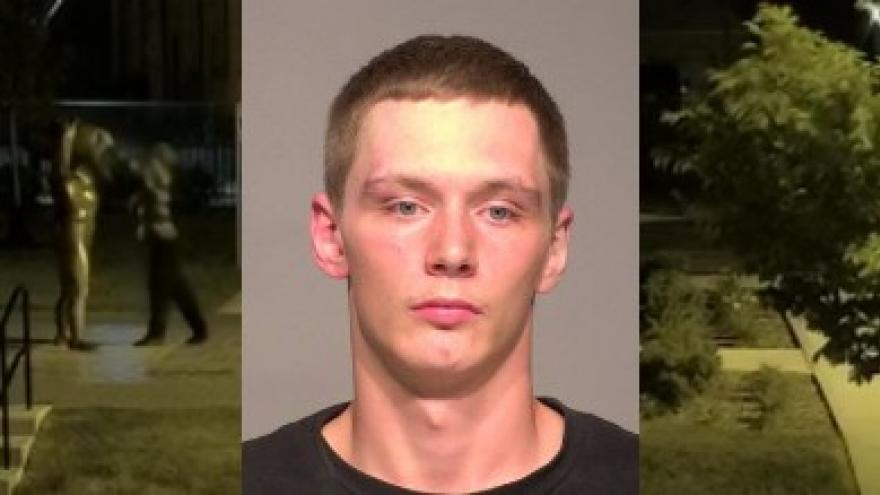 SOUTH MILWAUKEE, Wis. (CBS 58) -- A second suspect has been charged for his alleged role in the vandalism of the Crusher statue in South Milwaukee.

Douglas E. Macklin, 21, is charged with criminal damage to property.

Police say Macklin and 18-year-old James Dudgeon were seen hitting the statue with a landscaping brick in surveillance footage on August 24.

Video of the incident shows Macklin using the brick to damage the face and chest area of the statue, according to a criminal complaint.

The vandalism was found by the wrestler's daughters, who came to visit their dad's statue.

Police say Macklin and Dudgeon caused $1,200 worth of damages.