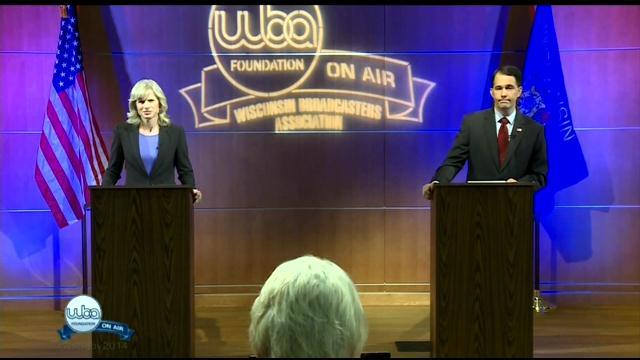 The second debate between Governor Scott Walker and democratic challenger Mary Burke is Friday night at 7:00 pm in Milwaukee .They'll

like touch on topics like jobs, the economy, taxes, education and others. But tonight's debate is really about momentum - meaning which candidate can grab it going into the final stretch.

Last week's debate didn't feature many attacks between the two candidates. Parts of it felt like the candidates weren't even in the same room. UW-M professor Mordecai Lee thinks tonight's debate could be different. He say both candidates will weigh their options as far as attacking the opponent. Lee says Governor Walker could do this successfully - and has more experience doing it - than democratic challenger Mary Burke. But Lee also believes both candidates could play it safe - trying to avoid any big time error.

\"You've got such a tight race. What they're afraid of is any minor mistake can get blown up. Any minor gaffe, any minor misstatement. For them, to survive the debate without a mistake becomes a win.

The debate is tonight at 7:00 in Milwaukee and CBS 58's Mike Strelow will be on the panel asking questions of Governor Walker and Mary Burke.

The debate will air live on our sister station the \"M\" (WMLW), and then we'll be showing it again here on CBS 58, right after your late local news at 10:35.