Sea turtles floating to surface after being stunned by cold weather 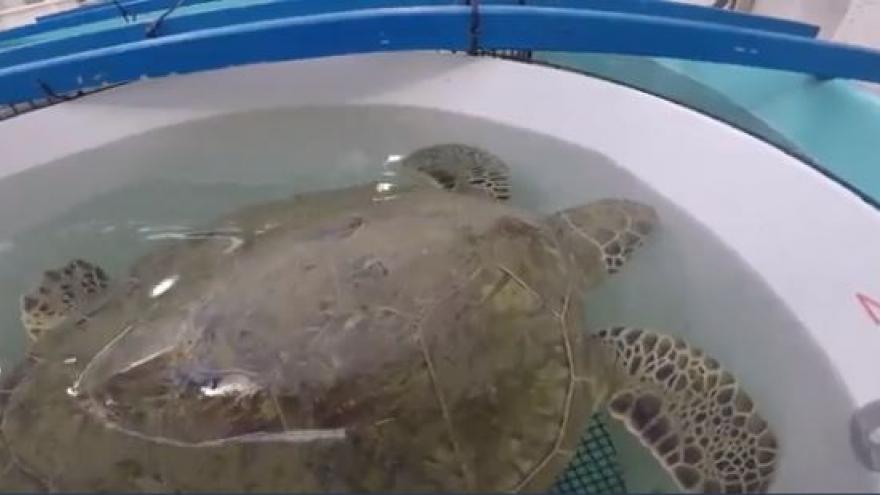 An additional 200 are expected to arrive to the NOAA's Galveston lab Friday, where they will be weighed, measured and later released back into the ocean.

Experts say sea turtles that become stunned by cold weather float to the surface because they're too cold to swim.

A cold-stunned sea turtle may become "dehydrated because they've been floating on the surface for a few days," Ben Higgins, sea turtle program manager, told KHOU-TV.

"We are the ones that push these animals to the brink of extinction, so we have an obligation to at least step in and help (and) try and restore their numbers," Higgins said.

According to KHOU-TV, this could be the largest cold-stunning event to occur in Texas history.

Sea turtles, however, are not the only species that has been affected by cold weather. In Florida, it's so cold that iguanas have been falling from their perchesin trees. Several residents have photographed the reptiles lying belly up on the ground.

But authorities say the iguanas are likely not dead. Most of them will thaw out if placed in the sun.