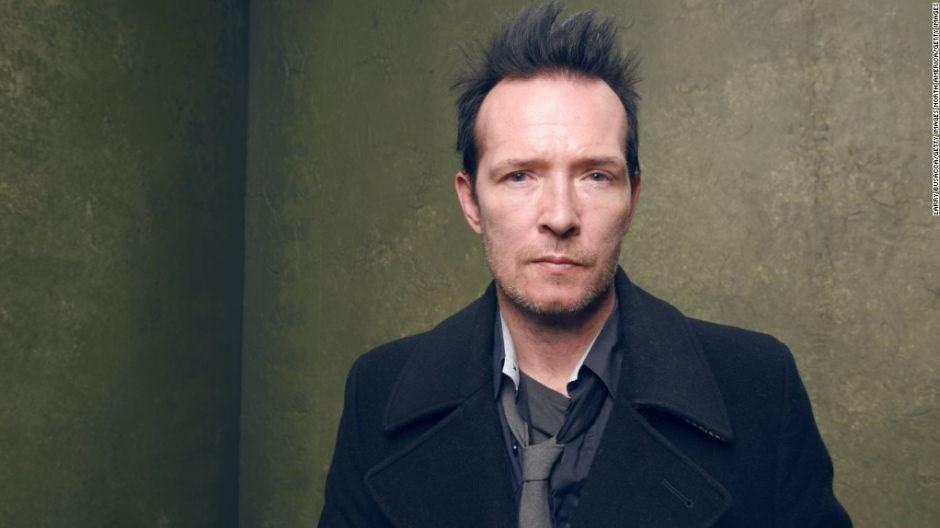 (CNN)Scott Weiland, whose extraordinary career as the lead singer of the Stone Temple Pilots and Velvet Revolver was overshadowed by his unending battle with drug addiction, has died.

His manager Tom Vitorino confirmed his death, but he didn't disclose the cause.

Weiland was found dead while on tour with his latest band.

"Scott Weiland, best known as the lead singer for Stone Temple Pilots and Velvet Revolver, passed away in his sleep while on a tour stop in Bloomington, Minnesota, with his band The Wildabouts," a statement on his Facebook page said. "At this time we ask that the privacy of Scott's family be respected."The Stone Temple Pilots came on the scene at the height of the grunge movement. Critics were unkind, accusing them of being poseurs riding the coattails of Nirvana and Pearl Jam.

But it didn't matter. The band's first two albums sold more than 10 million copies. It won a Grammy in 1994 for the song "Plush" and had monster hits with "Vasoline," and "Interstate Love Song."

A big part of its success was Weiland's powerful baritone that he effortlessly contorted into a raspy growl when needed. A flamboyant personality helped, which he played to the hilt during live shows.

But his drug addiction didn't.

He missed shows repeatedly. He would go into rehab and then relapse.Stone Temple Pilots was forced to go into hiatus after the release of their third album, "Tiny Music ... Songs from the Vatican Gift Shop," which sold 2 million copies and was widely praised.

The band minced no words as to why.

Weiland, it said in a statement, "has become unable to rehearse or appear for these shows due to his dependency on drugs. He is currently under a doctor's care in a medical facility."

Stone Temple Pilots stuttered on through two more albums, but the audience had moved on. It finally disbanded in 2003.

Sure, there were short reunions. But Weiland kept getting fired.He bounced back, at least professionally.

Weiland delivered hits for them, for sure. The debut album, "Contraband," sold more than 3 million copes and yielded a massive hit, "Slither," and another Grammy for Weiland.But the drug addiction dogged him.

He released several solo albums, formed several bands and talked about reuniting with both Stone Temple Pilots and Velvet Revolver.

Those dreams ended on a tour bus in Minnesota where he was found dead.