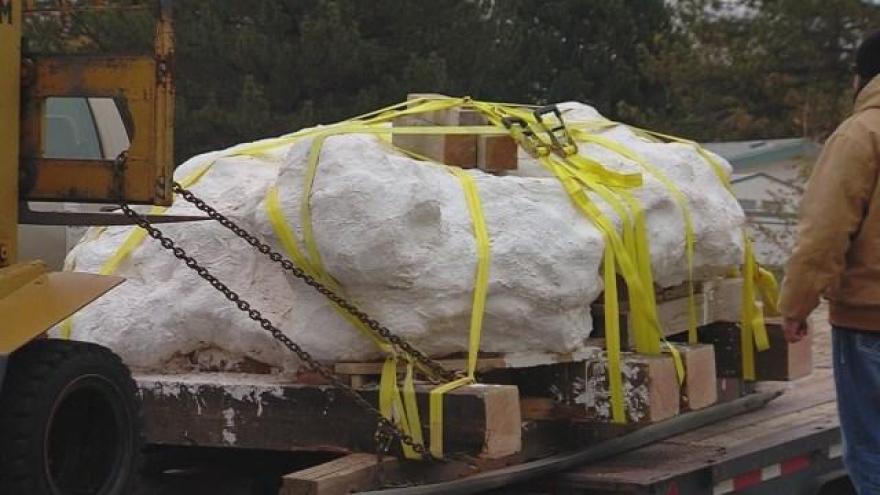 CNN - A massive dinosaur discovery in Utah is left sitting in a parking lot.  The excavators decided to move the pack of utahraptors encased in plaster after falling rocks threatened its safety. They are the only known group of dinosaurs to be trapped together in quicksand.

The paleontologists who unearthed them do not have money for research or have anywhere to store the find but says it critical to learning more about dinosaurs. Paleontologist Jim Kirkland says, This stuff is pristine. And by the nature of the preservation, the material is so well preserved that we might find traces of some of the feathers coming off the arms,"

The scientists are hoping public donations and a kickstarter fund will give them the money needed to start working on the set of dinosaurs.