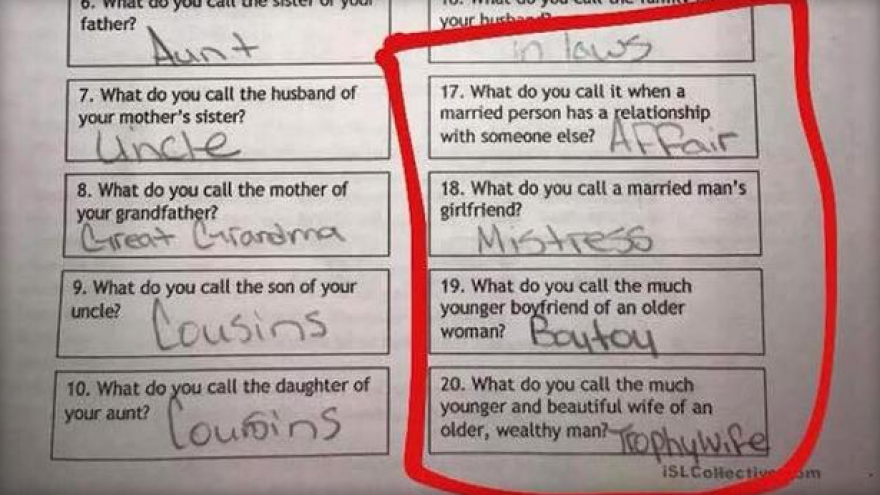 HOPEWELL, Va. -- Middle school students in a Virginia home economics class were mistakenly given a worksheet that quizzed them on what an extramarital affair is as well as "boy toy" and "trophy wife."

The teacher at the school outside Richmond, Virginia, had downloaded the worksheet from the internet. The superintendent for Hopewell schools said it was never part of the curriculum, CBS affiliate WTVR reports.

"I couldn't believe that an educator would be giving something like that an 11-year-old," parent Tara Sample told WTVR. ""No one in the schools system needs to be teaching my daughter what a mistress is or a trophy wife or boy toy. It's inappropriate for a school. Period."

The quiz began with questions such as "What do you call the father of your father?"