MILWAUKEE (CBS 58) -- A scammer has hit two Milwaukee restaurants this week. Costing one around $100, and they're sending a warning out to other dining establishments.

"It all sounded really legitimate," said Todd Minkin. "We want all the restaurant and bar owners to know this is happening so they can be aware and make sure they don't get scammed."

Minkin is a co-owner of Fein Brothers, a restaurant supplies and service company that works with many Milwaukee restaurants. He said two phone calls from customers Friday led him to send a warning out to all his customers, and call CBS 58 to spread the message even further.

"I received a call early this morning from an owner of one restaurant that said somebody came into their restaurant on Wednesday evening... said that they were from Fein Brothers were there to repair some equipment," said Minkin.

The so-called service worker wanted money upfront for a part and said they would return to repair it. The Third Ward restaurant, Wicked Hop turned the man away, but that might not have been the scammer's last stop. Around the same time on Wednesday, sports bar Major Goolsby's caught a surveillance photo of a man claiming a similar story. 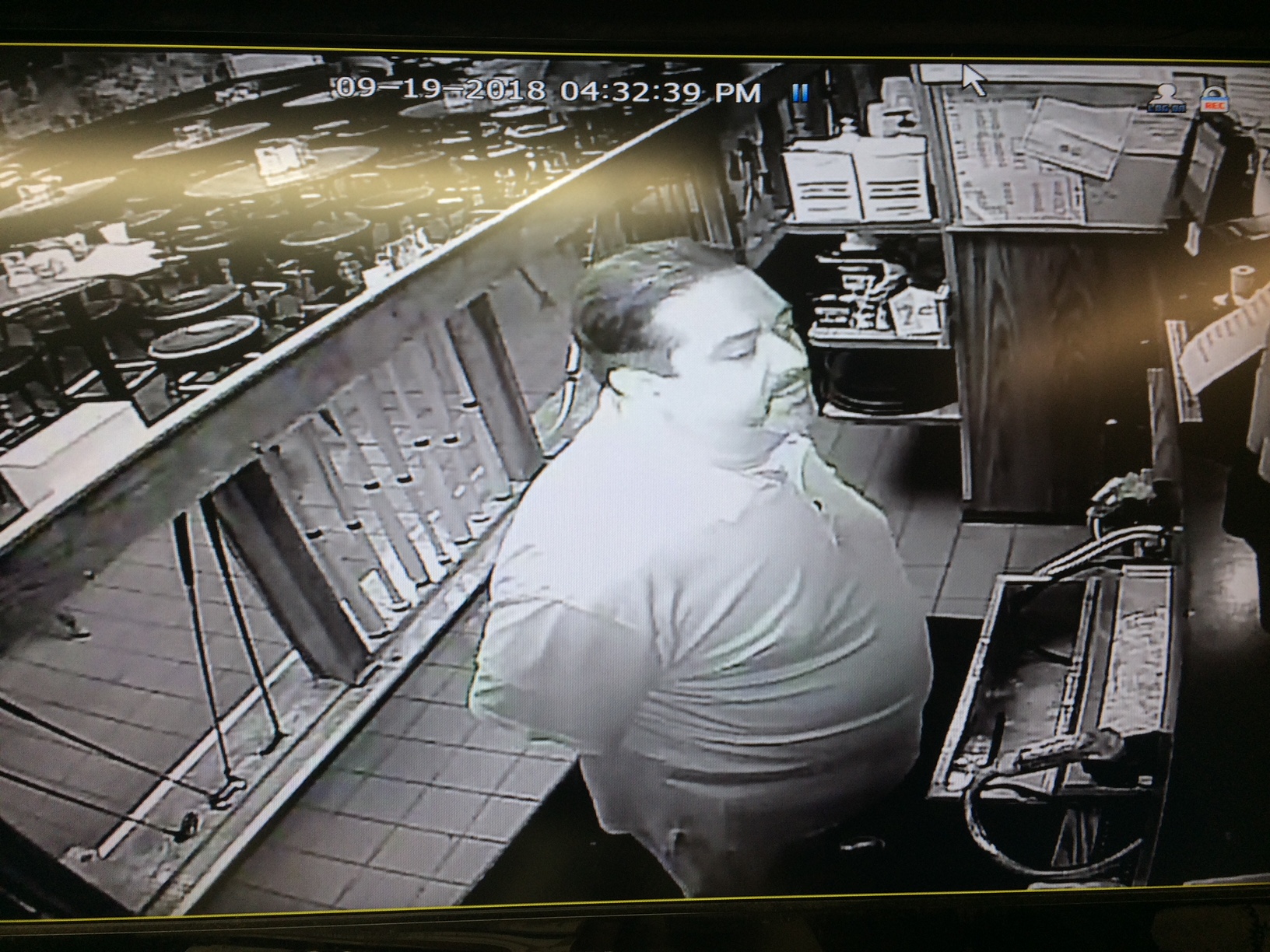 "He came in prbably a little after 4... he said someone called about cooler being broken which is not surprising because we have coolers that break," said Casey Mullins, Major Goolsby's closing manager

This person claimed he was from Akrit Refrigeration, a sub-contractor of Fein Brothers, and he said the general manager called in the repair. Mullins said the impersonator knew his stuff.

"They went back there, checked it out, said it was a sensor and a gasket that needed to be replaced... he knew somebody's name who worked here, knew something about coolers," said Mullins.

The man left with around $90 dollars for the parts and never came back. Mullins shared the surveillance photo with other Milwaukee area restaurant workers on social media.

"I took the picture we have, posted it to get the word out to as many people as we can to just watch out for him," said Mullins.

The man on surveillance wore a polo and khaki shorts. Fein Brothers says any of their service personnel will have paperwork and the Fein Brother's logo on their clothing. The company emailed all of their customers and put noticed on all their social media, too.

"We want to let people know any time a service is going to be performed just ask for paperwork, ask for id, make sure they truly know who this person is," said Minkin.

Both restaurants reported the incidents to police.