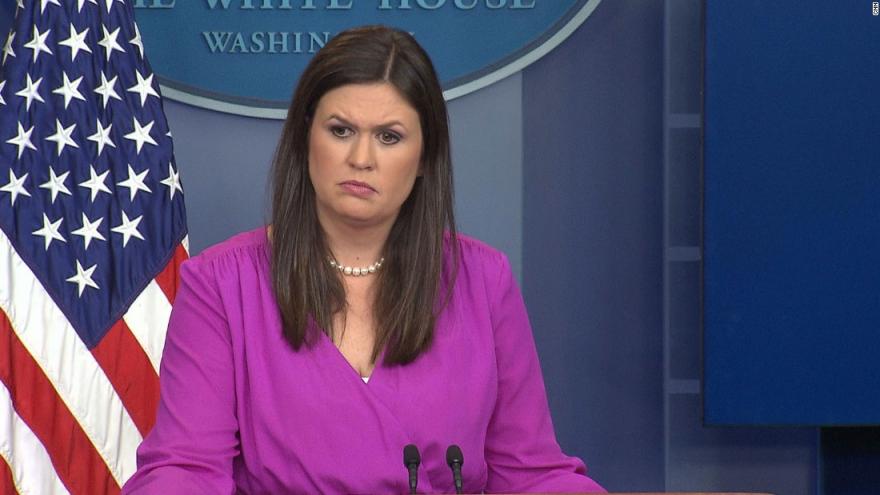 (CBSNews) Sarah Huckabee Sanders is the new White House press secretary, replacing Sean Spicer after he resigned on Friday, it was announced in the first briefing since Spicer confirmed his departure earlier in the day.

"I take issue with that," Scaramucci said. "I think the ship is going in the right direction."

But Scaramucci's hiring was a factor in Spicer's resignation, as was Spicer's diminishing role in the White House, CBS News' Chief White House Correspondent Major Garrett reports. A source with direct knowledge of the situation said there was a Friday White House communications meeting in which the new communications director was announced, and Spicer made the decision to resign right before the meeting, when he learned Scaramucci had the job.

Spicer will remain on until August. He had taken more of a background presence at the White House lately, with Sanders taking over most of the White House press briefings.

Sanders, taking the podium for the first time since she was named press secretary, said she will do her best to be as "open, honest, and transparent with you all as humanly possible." She also said "morale is pretty high" at the White House, even as personnel shakeups and the Russia investigations continue to dog the White House.