Sanctions on Russia set to impact gas prices in Wisconsin

MILWAUKEE (CBS 58) -- The effects of the conflict happening in Europe could make their way to the wallets of Wisconsinites.

The U.S. and its allies announced a series of sanctions against Russia this week, targeting different aspects of the Russian economy. Some of those sanctions are aimed at oil trade, which will tighten the market.

Some consumers in Milwaukee said the possibility of higher costs at the pump are worth it to try to resolve conflict in the region.

"Just a few cents in gas, well I'm willing to pay for it now and make sure that everything is going good, internationally," said Jafar of West Allis, who was filling up his car with gas Wednesday.

But others say any increase in prices would be too much, because it would come at a time when Americans are already facing record inflation.

"We're not able to afford it anymore, prices are going up with food and everything else," Shelia of Milwaukee said. "The only way I make my money is to go to work, and to get to work I have to pay ridiculous prices for gas." 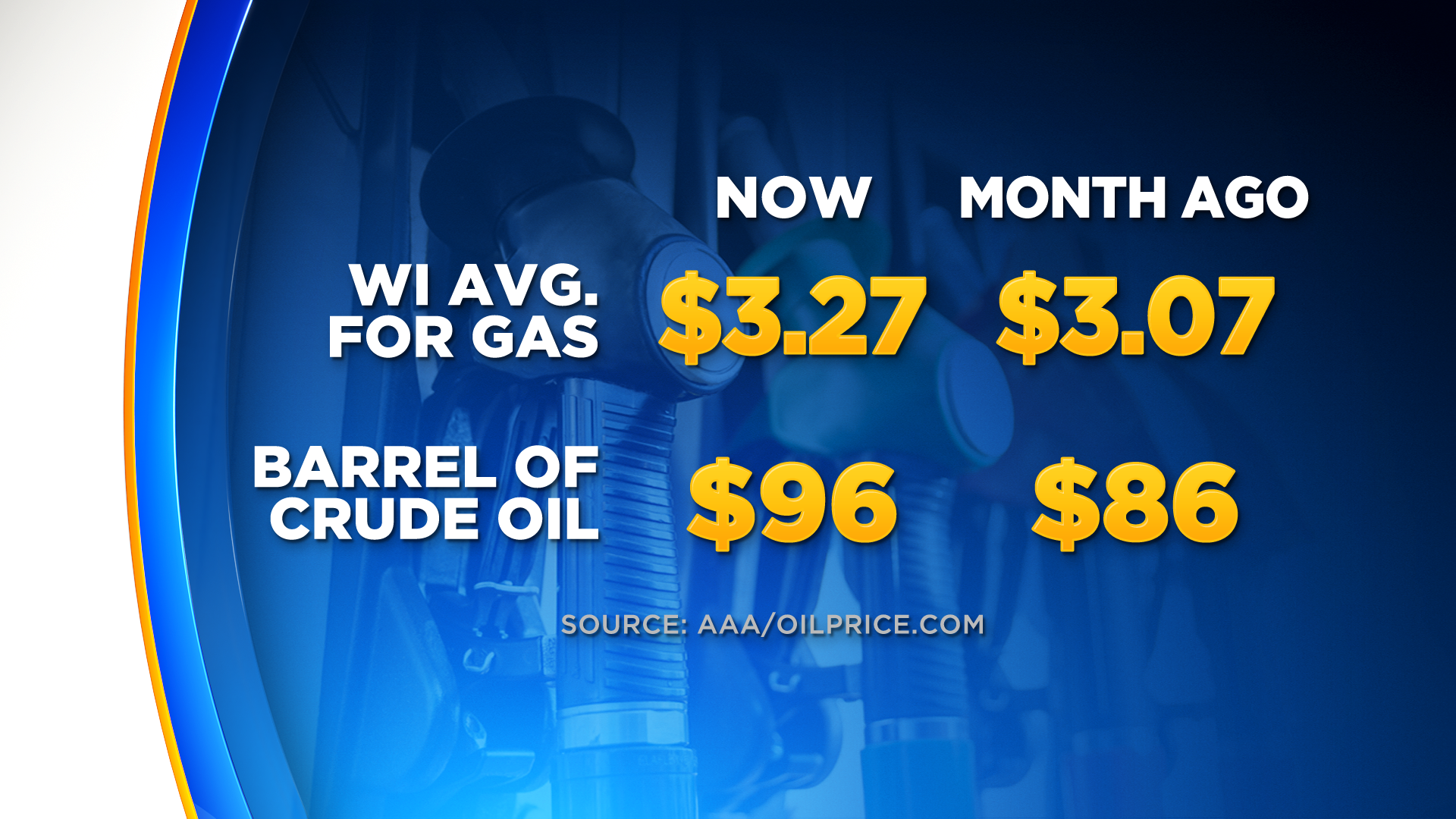 Crude oil is approaching $100 a barrel and the average price of a gallon of regular gas in Wisconsin is up about 20 cents from a month ago.

"We haven't seen a 100 dollar per barrel crude oil price for a long while," Dr. Grace Wang an economics professor at Marquette University told CBS 58.

With sanctions affecting the oil market, experts like Dr. Wang say the impact is likely to make its way to Wisconsin gas pumps.

"It will come or trickle down or come to the refined gas price and we might see a higher gas price at the pump," Wang said. "But it's difficult at this given moment and it can be rather difficult to tell how much the gas price will go up."

The rise of oil is also expected to create a ripple effect for other goods and services.

"We might see the inflation rates going up a little bit in the future for the U.S. just because the crude oil price has gone up," Wang said.

Wang added one way the government could help alleviate the situation is by using some of its strategic reserves of oil.