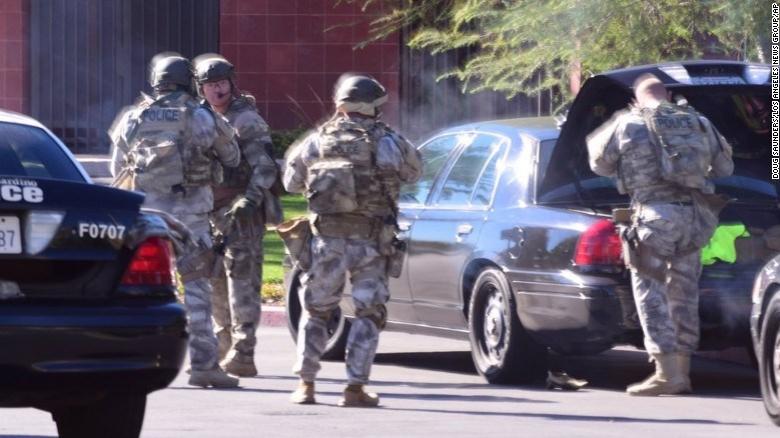 San Bernardino Police Chief confirmed on Thursday the suspect was previously at scene of the shooting. He had attended a luncheon and then left.

There were 14 killed and 21 wounded in the mass shooting.

Twelve pipe bombs were found in the home of the suspect.

The two suspects were dressed in combat style clothes.