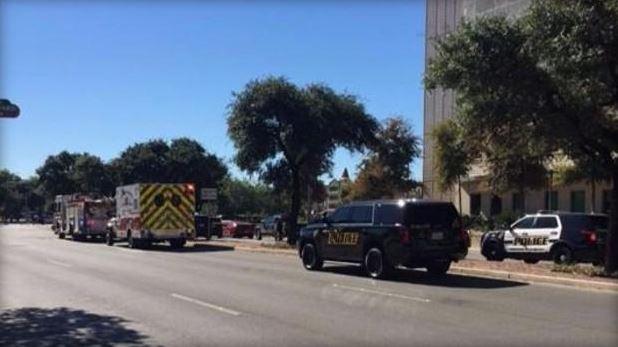 San Antonio Police Chief William P. McManus said Sunday that the officer was sitting inside his car just outside police headquarters when he was shot and killed.

The officer --  beyond the fact that he was a 20-year veteran -- has not been identified in the shooting that happened around 11:40 AM on Sunday, reports CBS San Antonio affiliate KENS.

McManus said the officer had pulled someone over and was writing them a ticket when a black car pulled up behind the officer and stopped.

After the shooting, McManus said the driver then got back in his car, and escaped in part by driving through the police headquarters’ parking lot.

The shooting comes on the same day a man was fatally shot by San Antonio police after coming out of an apartment following a seven-hour standoff and pointing a gun at officers.

McManus said the man was fatally shot early Sunday following the standoff that began after the man’s ex-girlfriend called police when he apparently attempted to kidnap her.