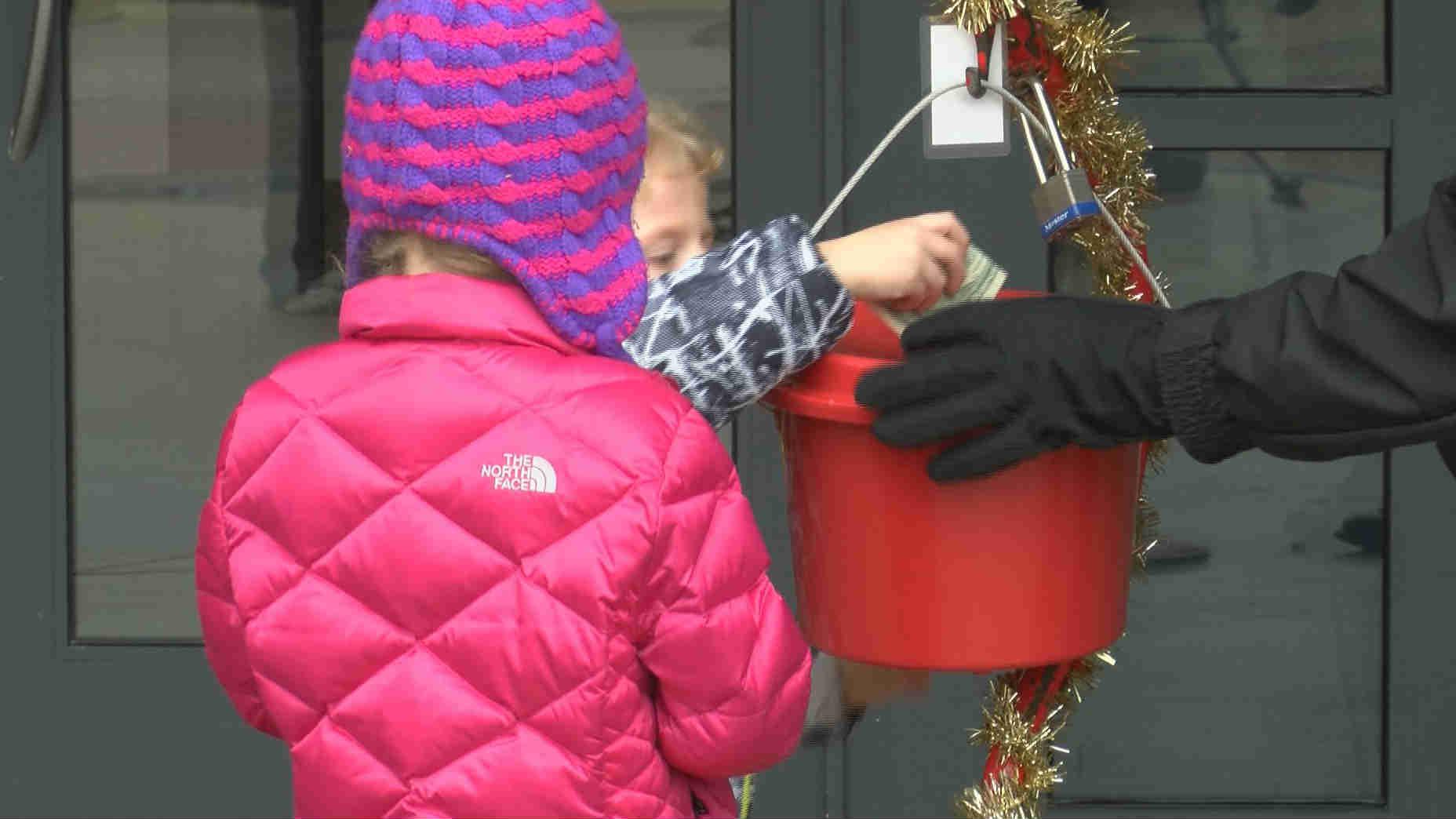 The Salvation Army depends on its annual Red Kettle campaign to fund more than 80 services and programs for the needy.  But 2014's push is coming up a little short, down $65,000 from this point last year.

\"We stand out wearing the uniforms here and I think it makes people dig a little deeper, I really do,\" Clarke said.

Public figures, like Clarke, local celebrities have helped raise some donations, but the non-profit is still low as the last 12 days of Christmas approach.

\"I think people pick and choose where their money is going to,\" Milwaukee native Pat Broderick said.  \"I don't think they're less generous, they just have to think more seriously about where they're giving their money.\"

Making matters worse, the SA doesn't have enough ringers for its nearly 100 kettles stationed around the Milwaukee area.

Colas doesn't think people are necessarily giving less. She points to a late Thanksgiving that meant a later start for ringers.  Most red kettles don't appear until Thanksgiving.

\"I don't think people in Milwaukee get tired of giving,\" Colas said.  \"I think Milwaukee is a very giving community.\"

A community that will be asked to help reach a $3.8 million goal - the highest ever.

\"This Milwaukee community, when all is said and done, they'll do what needs to be done,\" Sheriff Clarke said.

The kettles and bells disappear after Christmas, but you can still donate to the campaign through the end of January via the SA's website.