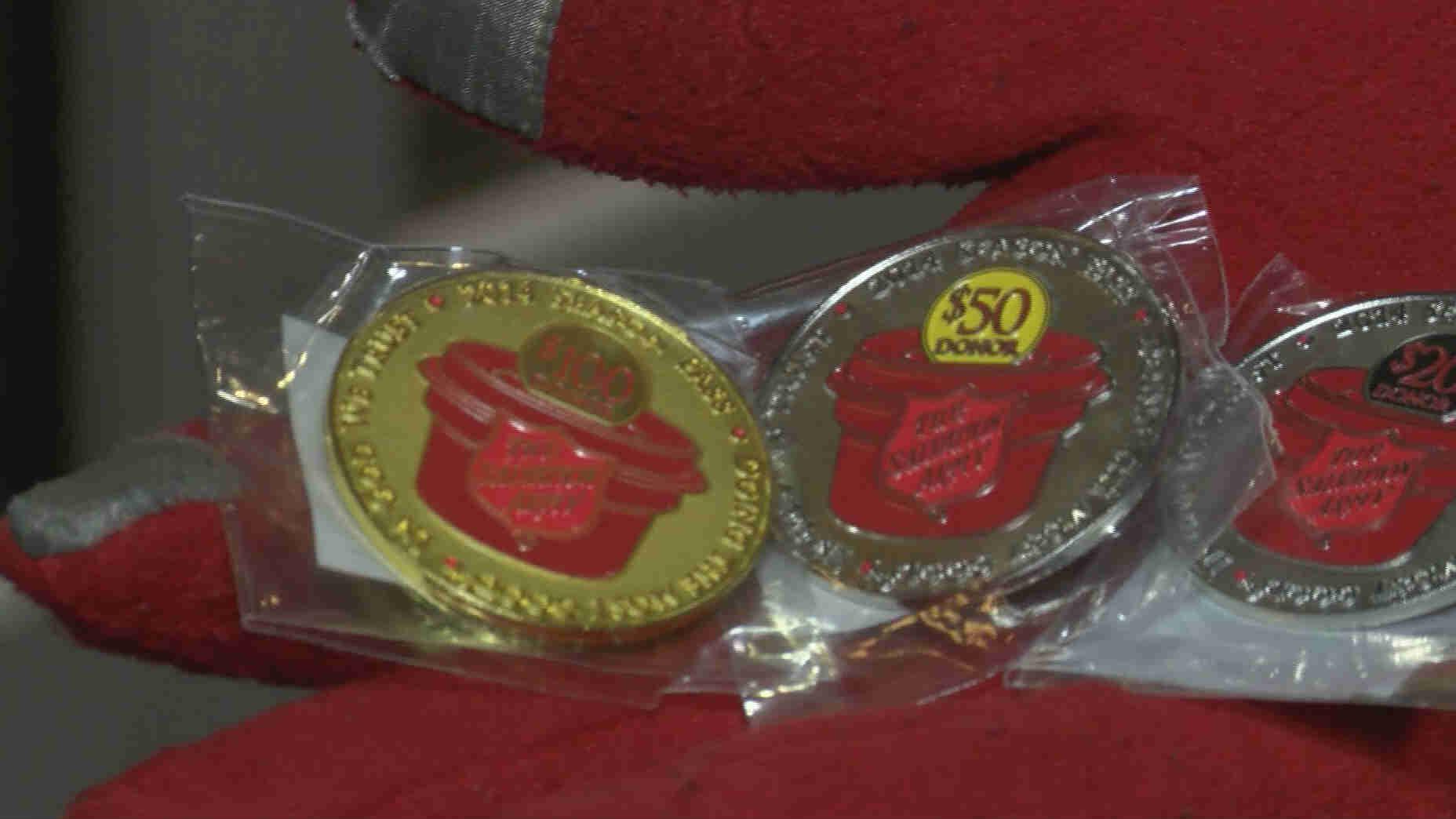 You can hear a familiar sound outside grocery stores this time of year that gently reminds us to reach for that loose change. But the Salvation Army Red Kettle bells can sometimes bring panic to people who prefer to pay with plastic.

\"I think a lot of people, you know they put their heads down if they don't have money and they're like, 'Oh, dang it,'\" shopper Chris Petersen said.

It's an issue Salvation Army bell ringer Phillip Johnson saw plenty of times Friday while manning his post outside a Pick 'n Save in Glendale.

\"People have been great,\" Johnson said.  \"But some are like, 'I didn't bring any cash. I only brought a credit card.' So, that's understandable too.\"

And it doesn't only happen at Johnson's store, so the Salvation Army is trying something new this year.

\"We hear from donors every year that, 'Oh wow, I don't carry cash, I feel so guilty when i pass your kettle,' so this is kind of an answer to that,\" SA Special Events Director Marcy Stutzman said.

The charity decided to offer \"season pass\" buttons, available to purchase in advance. The $20, $50 or $100 pins cover a person's donation for the whole holiday season.

\"We want everyone to be able to feel good and donate,\" Stutzman said.

It's a pressure-free approach shoppers seem to approve of.

\"Probably an opportunity to give more money that way, right,\" shopper Gerry Timms said in approval.

Perhaps leading to fewer drops in the bucket, but bringing the Salvation Army closer to its $3.8 million target.

\"It's going to be a difficult goal, but we really trust the community is going to help us out,\" Stutzman said.

There are just 250 pins available this season.  You can buy them in person at Metcalfe's Sentry on State Street in Wauwatosa or online at the Salvation Army's website.