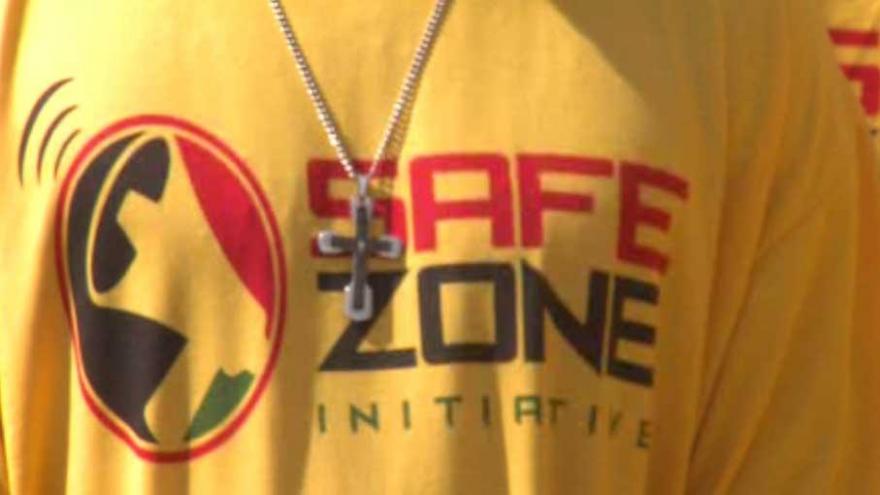 Leaders maintain more officers is only one part of the equation.

Many times glimmers of hope come from programs or initiatives to fight gun violence.

Whether they work or not is really up for debate, but as our Bill Walsh explains the city's office of violence prevention already has a plan in motion.

Shawn Moore is the head of Safe Zones in the Garden Homes Neighborhood.

That's just off of Capitol Drive on Milwaukee's north side

Safe Zones is about violence interruption.

If a beef or dispute is happening in this neighborhood, Moore and his crew know about it.

“I know just about everybody, and the new residents, I make it my business to meet them,” said Moore.

They make it their business to mediate or settle that dispute before it leads to gunshots.

If violence does happen, Safe Zones will go to the victim's friends or relatives and try to stop any attempt at revenge.

“It's based in a public health approach, violence is something that's transmitted like a communicable disease,” said Reggie Moore, Office of Violence Protection.

What happens is when an incident of violence occurs is they will try to stop the transmission, or the cycle of violence that may result from retaliation

Reggie Moore, director of the mayor's office of violence prevention, said Safe Zones is not a brand new idea.

It has been implemented in a number of cities from to New Orleans to New York to even Baghdad, it's been heavily researched

The Office of Violence Prevention and this violence interruption model also got the public blessing of Police Chief Ed Flynn last week.

“I certainly commend the Mayor's Office, for their reinvigoration of the Office of Violence Prevention, as that's added a component to our own intervention efforts that have emphasized community engagement ,” said Chief Flynn.

What has some people excited about safe zones in Milwaukee is how the program is engaging young people.

Some of the youngest ambassadors are 17, and to watch their growth and development has been amazing

So if Safe Zones is working as advertised, why isn't it in every troubled neighborhood in Milwaukee?

It has expanded to the Franklin Heights Neighborhood this year.

“If we don't put down a shared goal responsibility plan for those two, then we're just paying lip service to the things we say are important,” said Ashanti Hamilton, Common Council President.

“If we can start here, and spread out, I think the safe zones initiative is definitely the key,” said Moore.